Updated: Monday, Oct. 10, 2022, 3:34 p.m. ET: Nury Martinez, the president of the Los Angeles City Council, has stepped down from her position, according to the Los Angeles Times. The move comes just one day after an audio recording of her making racial and derogatory remarks against some of her colleagues, which initially took place in October 2021, was leaked.

Martinez apologized Monday for her conduct and expressed hope that she would be given the chance to make amends.

“I ask for forgiveness from my colleagues and from the residents of this city that I love so much. In the end, it is not my apologies that matter most; it will be the actions I take from this day forward,” she said, according to the Times. “I hope that you will give me the opportunity to make amends. Therefore, effective immediately I am resigning as president of the Los Angeles City Council.”

Martinez will continue to serve on the 15-member legislative body.

An audio recording of a prominent Los Angeles City Council member making racist remarks was leaked nearly a year after the initial conversation, and it has put her and some of her elected colleagues in the spotlight of criticism.

According to The Los Angeles Times, by nightfall on Sunday — the day the recording was made public — three of Los Angeles City Council President Nury Martinez’s council colleagues had demanded her resignation.

Martinez allegedly displayed extreme racism during the October 2021 conversation with City Council members Gil Cedillo and Kevin de León, plus Los Angeles County Federation of Labor President Ron Herrera. The Sixth District councilwoman made fun of some of her fellow council members and used very harsh language to discuss how Los Angeles should be divided along political lines. She and the other Latino leaders appeared unaware of the recording.

Martinez issued a statement Sunday apologizing for her comments. “In a moment of intense frustration and anger, I let the situation get the best of me and I hold myself accountable for these comments,” it read, according to The Times. “For that I am sorry.”

The recorded conversation was rooted in council members’ dissatisfaction with the maps proposed by Los Angeles’ 21-member redistricting commission.

“The context of this conversation was concern over the redistricting process and concern about the potential negative impact it might have on communities of color,” added Martinez, according to The Times. “My work speaks for itself. I’ve worked hard to lead this city through its most difficult time.”

In her meet-up with Cedillo, de León and Herrera, Martinez claimed that white City Council member Mike Bonin treated his young Black son like an “accessory” when they appeared together in a float at a Martin Luther King Jr. Day parade. She described the child as “Parece changuito,” or “like a monkey.”

Martinez claimed the child was misbehaving on the float and might have caused it to topple over if she and the other ladies on the float didn’t intervene to parent him. 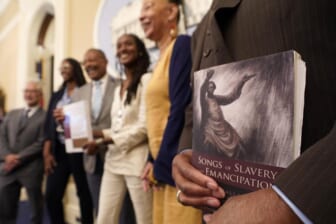 “They’re raising him like a little white kid,” she said, according to The Times. “I was like, this kid needs a beatdown. Let me take him around the corner and then I’ll bring him back.”

A now-suspended user uploaded audio of the lengthy discussion to Reddit. The identity of the person who captured the audio and submitted it to the platform is unknown, and it’s also unknown if anyone else was present besides those recorded.

According to The Times, Martinez called Bonin a “little bitch” at one point. De León made an apparent comparison between Martinez clutching a pricey Louis Vuitton purse and Bonin’s handling of his Black child.

However, a lot of the discussion centered on the suggested maps of the city’s redistricting panel. The group discussed the necessity of reelecting Latino council members and ensuring that districts with a high Latino population did not lose economically essential assets, such as USC and Van Nuys Airport.

Nearly half of Los Angeles’ population is Latino, but they only account for a little over a third of the council’s 15 districts. The data has sparked concerns about how properly the population is being represented. 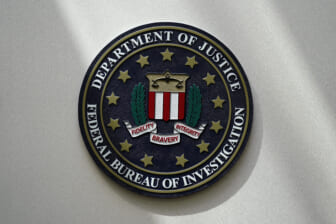 During the conversation, De León referenced Bonin as the “fourth Black member” of the council.

“Mike Bonin won’t f—ing ever say peep about Latinos,” De León said, according to The Times. “He’ll never say a f—ing word about us.”

In a Saturday night interview, Bonin said the comments about him and his young son attending the MLK march in 2017 left them feeling “angry and heartsick.” He and his husband, Sean Arian, urged Martinez, De León and Herrera to step down.

“The entirety of the recorded conversation … displayed a repeated and vulgar anti-Black sentiment, and a coordinated effort to weaken Black political representation in Los Angeles,” they said in a statement, The Times reported.

“Any parent reading her comments will know she is unfit for public office,” Bonin and his husband said of Martinez, according to The Times. “No child should ever be subjected to such racist, mean and dehumanizing comments, especially from a public official. It is painful to know he will someday read these comments.”

The Times reported that De León said in a statement issued on Sunday that his remarks were unacceptable, admitting he had failed to live up to the city’s standards for its leaders.

“I regret appearing to condone and even contribute to certain insensitive comments made about a colleague and his family in private,” he said, according to The Times. “I’ve reached out to that colleague personally.”

Herrera has also apologized and said there is no justification or excuse for the horrible statements expressed in the room that day. 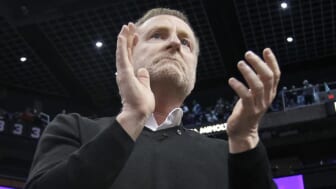 “I didn’t step up to stop them, and I will have to bear the burden of that cross moving forward,” he added, The Times reported.

On the other hand, Cedillo claimed not to have a recollection of this conversation.

Los Angeles Mayor Eric Garcetti didn’t say whether the elected officials should resign. He did, however, seem to take issue with their comments.