The Texas Organizing Project wants Bexar County District Court to order the county to increase its polling-place count to at least 388 from the current 259.

A Texas nonprofit organization has sued one of the state’s largest counties, claiming it hasn’t opened enough polling places.

The Texas Organizing Project — represented in Bexar County District Court by the Texas Civil Rights Project — wants the court to order Bexar County to increase the number of polling places to 388 from the current 259, according to the lawsuit filed on Oct. 4.

“By closing polling locations, Bexar County is not only making it harder for certain communities to cast their ballots,” Joaquin Gonzalez, TOP’s senior supervising attorney for its voting rights program, told The Houston Chronicle, “but it is also doing so in clear violation of the law.”

The group’s challenge comes down to a dispute over how to mathematically determine the proper number of polling places in the county.

The lawsuit notes that the Texas Election Code requires that its “total number of countywide polling places may not be less than: … 50 percent of the number of precinct polling places that would otherwise be located in the county for that election.”

Since Bexar County contains 776 election precincts, that means it should have a minimum of 388 polling places, the lawsuit says. The elections office is reportedly proposing 267. 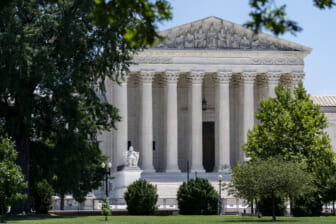 The Texas Organizing Project lawsuit also claims that in 2016 and 2018, Bexar County operated fewer than the minimum number of polling places as mandated by law. In 2020, a district court ordered Bexar County to open 18 additional polling places after the project sued.

Bexar County, with just over two million residents, ranks as the state’s fourth-largest county, behind Harris, Dallas and Tarrant counties. In the 2020 presidential election, Bexar County went heavily for Joe Biden, who won 58.2 percent of the vote, compared to Donald Trump’s 40 percent.