Attorneys argue that the artist's painting, based on a 1981 photograph of Prince by Lynn Goldsmith, is transformative from the original work.

The late artist Andy Warhol once said, “art is anything you can get away with.” Well, that theory is quite literally — and somewhat ironically — being put to the test in a case that concerns Warhol and none other than Prince.

On Wednesday, the U.S. Supreme Court heard oral arguments regarding the use of a 1981 image of the late musician in a series of Warhol silkscreens. Some fear the results of this case, The Andy Warhol Foundation for the Visual Arts, Inc. v. Lynn Goldsmith, could have far-reaching implications for artists.

In the wake of Prince’s unexpected death in 2016, the musician’s image was used and reused myriad times to commemorate and celebrate his iconic legacy. In one such tribute, Vanity Fair magazine republished a Warhol silkscreen of Prince titled “Orange Prince.” The portrait, which depicts Prince with a moody smoky eye set against an orange background, was part of a series that Vanity Fair originally commissioned more than 30 years before. It is based on a photograph by award-winning photographer Lynn Goldsmith.

In 1984, Vanity Fair, after paying Goldsmith $400 for its use and establishing a written agreement to use the image solely in that instance, sent Warhol the photograph as a reference. Since 2017, Goldsmith has been challenging the 2016 reuse of the image, claiming that it infringes upon her original copyright agreement.

Warhol’s Prince series is not little-known; the silkscreens have been displayed in various art exhibits and museums since their creation. The difference between those instances and this, according to court documents, is the highly commercial nature of them. Attorneys for the Warhol foundation attempted to prove his work is transformative enough to be passed off as his own, citing a 1994 Court ruling in favor of the rap group, 2 Live Crew’s, parody of Roy Orbison’s “Oh, Pretty Woman.” 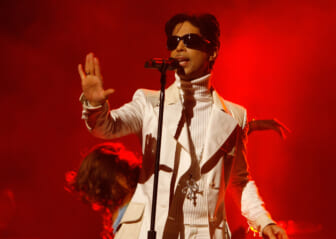 In 2 Live Crew’s parody, the “message and meaning” behind their rendition of the song was found to be new and inventive enough to pass off as their own. The fact that a parody has to resemble the original content enough in order to be a recognizable parody was also considered.

Lisa Blatt, an attorney for Goldsmith, warned against using this defense for Warhol. “Copyrights will be at the mercy of copycats,” she said.

Justice Elena Kagan gave a slight indication that Warhol’s fame could work in his favor. “We know who Andy Warhol was and what he was doing and what his works have been taken to mean, and so it’s easy to say that there’s something important and new in what he did with this image,” she said.

Also Read:
Estate of Prince, who died without a will, finally settled; 50/50 split between publisher, siblings

Kagan added that if Warhol were a new young artist this defense may not hold as easily.

Warhol is far from the only artist to be ensnared in a copyright battle. In 2011, street artist Shepard Fairey was famously sued for his use of an AP news photograph of then-President Barack Obama in the creation of Obama’s “Hope” presidential campaign posters. In Fairey’s case, which was ultimately resolved out of court, it was never formally established if he had fair use.