Bartow County said the men were fired for stealing by falsifying time sheets and claiming overtime hours not due to them.

A Georgia county is now at the heart of a discrimination lawsuit filed by the U.S. Justice Department following two Black men’s termination.

According to WSB-TV, the department is accusing Bartow County of violating the Civil Rights Act of 1964 by subjecting Carlen Loyal to a racially hostile workplace and retaliating against his brother-in-law, Bobby Turner, before firing both of them.

U.S. Attorney Ryan K. Buchanan of the Northern District of Georgia said Loyal and Turner worked for the Road Department of Bartow County — Loyal for almost a decade and Turner for several years.

Loyal complained to his manager in 2019 that a white co-worker had texted him using the n-word. The Justice Department claims that when Loyal complained, the human resources director called him into his office and subjected him to severe and additional racial harassment in front of the worker who had written the racist text.

Loyal admitted to telling Turner about the text message in question when the HR director asked if he had mentioned it to anyone else. The county fired both men two weeks after accusing them of misconduct.

The Equal Employment Opportunity Commission in Atlanta received complaints of discrimination from Loyal and Turner, who had received multiple promotions and had no county disciplinary history before their firings. The commission investigated and determined there was probable cause that Bartow County had violated the Civil Rights Act. 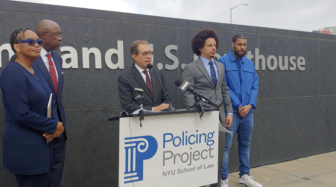 “No one should be forced to labor in an environment where employers condone racial slurs and employees are expected to tolerate them,” Buchanan said, according to WSB-TV. “It is also unacceptable for an employer to foster a work environment where employees with the courage to report such abhorrent behavior experience retaliation from supervisors and face termination of their jobs. Our office will vigorously and continuously leverage our resources to address this type of illegal discrimination in the workplace.”

Bartow County rejected the men’s claims, calling them “outrageous.” County officials also insisted that neither of the firings was motivated by any form of discrimination or retaliation.

“The two employees in question were fired for repeatedly falsifying time sheets and claiming overtime hours for work they did not perform, thereby stealing from the county,” according to a statement, WSB-TV reported. “We would take the same action against any other employee and have done so on other occasions.”

Bartow County also pledged to defend itself, saying it would be “contesting the suit vigorously and presenting the facts.” 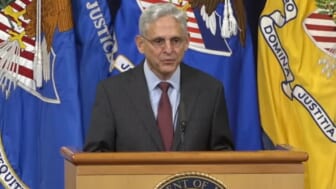 “It is sad, but all too common today, that these employees then promptly claimed racial discrimination as the basis of their termination,” they added, WSB noted.

The Justice Department is requesting that the county create and implement regulations that forbid discrimination and retaliation. Federal officials also want compensation for Loyal and Turner to cover losses due to their termination.