Haitian singer Mikaben dead at 41 after collapsing during Paris performance

The Haitian singer-songwriter died of suspected heart attack during a performance with the group, Carimi, at Accor Arena.

Mikaben, a popular Haitian singer and performer, died on Saturday while performing on stage in Paris. He was a guest of the group, Carimi, at Accor Arena.

Fans at the concert captured Mikaben, real name Michael Benjamin, as he collapsed while making his way to the backstage area, according to The Guardian. The video reveals that during his performance Benjamin began making his way to stage rear.

He then collapsed before he reached backstage in full view of attendees at the 20,000-seat arena. People rushed to his aide — eventually causing the concert to stop — and medics were called.

Accor Arena tweeted about Benjamin’s passing. The venue posted that Benjamin “died after suffering a seizure on stage and despite the efforts of emergency services.” The cause of death is reported as a suspected heart attack or cardiac arrest.

Benjamin’s pregnant wife Vanessa responded to fans following his death. “I’m in no condition to talk. I lost my other half and have no words,” she wrote, thanking fans for their support and requesting privacy.

There was an outpouring of grief and tributes following news of Benjamin’s death from prominent Haitian figures, including a statement from Haitian prime minister Ariel Henry. 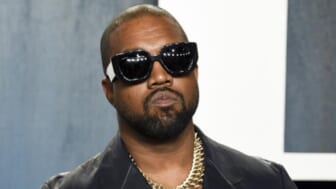 “I’m shocked by the sudden death of the young and very talented artist Michael Benjamin ‘Mikaben’,” Henry posted on Twitter. “We have lost a major figure in Haitian music.”

Wyclef Jean, Grammy award-winning rapper-producer of Haitian descent, stated that Benjamin was “one of the most influential and inspirational young artists of our generation.”

Benjamin was born in Port-au-Prince, Haiti’s capital, in 1981. His father, Lionel Benjamin, is also a well-known Haitian singer. Benjamin gained local popularity as a singer, songwriter and producer. Carimi featured him on some of its hit songs, including “Baby I Missed You” and “Fanm sa Move.”