Robert G. Anderson said when he became director of the Mississippi Department of Human Services in 2020, he found the agency was not tracking outcomes in one of the poorest states in the nation.

JACKSON, Miss. (AP) — Mississippi’s scandal-plagued welfare program turns away most applicants for cash assistance, and it has not been tracking whether its programs fulfill the goal of lifting people out of poverty in one of the poorest states in the nation, lawmakers were told Tuesday.

Robert G. “Bob” Anderson said that when he became director of the Mississippi Department of Human Services in March 2020, he found the agency had “output numbers” to track spending.

“But we didn’t have a lot of outcome information,” Anderson said. “We were not tracking outcomes as an agency.”

In response to questions from Democratic Rep. Robert Johnson of Natchez, Anderson said Human Services is looking at data to define whether programs are effective, but he did not say when a program to track outcomes will be in place.

Anderson spoke at the state Capitol during a hearing held by the state House and Senate Democratic caucuses.

Democratic leaders said they convened because Republicans, who control the two chambers, have not held hearings on a multimillion-dollar welfare misspending scandal that has ensnared several prominent figures, including retired NFL quarterback Brett Favre. 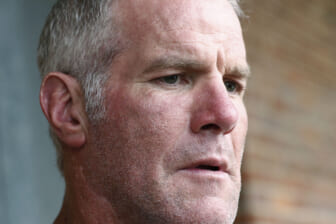 Brandy Nichols of Jackson told lawmakers that she has four children — an 8-year-old, 5-year-old twins and a 4-year-old. She has worked several different jobs, including as a cashier and a housekeeper.

She said she never expected to need government aid, but TANF helped her pay for groceries, cleaning supplies, clothing and unexpected expenses such as emergency car repairs. She said she has already used the five-year limit on payments under the program.

“I can no longer receive TANF,” Nichols said. “But my children’s most expensive years are ahead.”

Anderson is a former assistant U.S. attorney, and Republican Gov. Tate Reeves nominated him to lead Human Services just weeks after one of the agency’s former directors, John Davis, was arrested on allegations of misspending millions of dollars that were intended to help some of the poorest people in the United States.

Davis was chosen by Reeves’ predecessor, Republican Gov. Phil Bryant. Davis recently pleaded guilty to state and federal charges tied to some of the misspending.

As Human Services director, Davis had direct control of federal funds that prosecutors said were improperly used on expenses such as drug rehab for a former professional wrestler and first-class airfare for Davis. 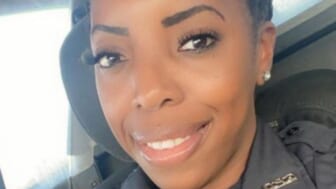 Also Read:
Mississippi detective killed in the line of duty

Court documents also show that under Davis, $5 million from TANF was spent on a volleyball arena at the University of Southern Mississippi — a project that Favre pushed at the school, where his daughter was playing the sport.

Favre is not facing criminal charges but is one of 38 defendants in a civil lawsuit that seeks to recover misspent welfare money. Favre, a Pro Football Hall of Fame member, said last week that he has been “ unjustly smeared in the media” in coverage over the welfare spending.

Johnson said the Mississippi Legislature needs to eliminate hurdles for welfare applicants, including a drug screening requirement in state law. Adults applying for TANF must complete a questionnaire about drug use. If the answers show a “reasonable likelihood” of a substance use disorder, the applicant must take a drug test.

The Center for Law and Social Policy, or CLASP, a Washington-based nonprofit organization that seeks to reduce poverty, said Mississippi received 11,407 TANF applications in 2017. After the questionnaire, 464 applicants were given drug tests, and six of those tests found drug use.

“The share of people who are getting cash assistance compared to the extensive need is just astonishing,” Lower-Basch said.