Rev. Charles Southall III has pleaded guilty to money laundering after defrauding First Emanuel Baptist Church and a charter school of close to a million dollars.

A New Orleans minister has admitted to defrauding his church, its housing ministries, his parishioners and a charter school out of nearly $900,000.

According to NOLA.com, Rev. Charles Southall III, 64, served as the pastor of First Emanuel Baptist Church in New Orleans and Baton Rouge for more than three decades. He has since pleaded guilty to money laundering.

“In total, Southall obtained approximately $889,565.86 through his fraudulent schemes,” the office of U.S. Attorney Duane Evans said in a statement, WVUE News reported.

Southall relocated to Baton Rouge from New Orleans in the wake of Hurricane Katrina in 2005, according to NOLA.com.

Prosecutors said he took advantage of his status as pastor by requesting and then pocketing contributions and tithes from parishioners. His actions include soliciting money from a parishioner for charitable causes and church facility upgrades for four years, then diverting $106,408 of the funds to his personal accounts.

First Emanuel Baptist also possessed rental properties, from which Southall benefited by transferring almost $150,000 in monthly payments to his accounts. He also sold properties that belonged to the church to steal a percentage of the proceeds, bringing in almost $500,000 from those alone. 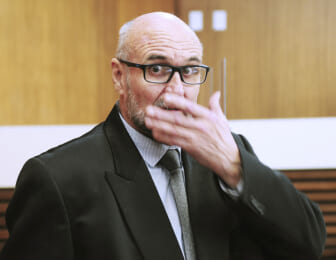 In addition, Southall secured financing to construct a sister institution in Baton Rouge while serving as board president at the now-closed Edgar P. Harney Spirit of Excellence Academy in Central City, New Orleans. Despite hiring a staff member, the location never opened. Instead, over four years, more than $220,000 of the worker’s wages was placed into an account shared with Southall.

According to the prosecution, Southall laundered $889,565 through his combined fraudulent schemes and spent the funds on miscellaneous items, including a vehicle, tickets and other personal items. 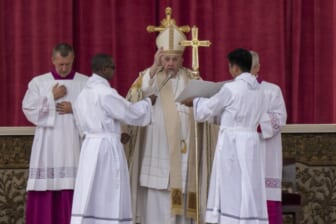 As a condition of his plea deal, Southall has promised to make restitution. He will reimburse First Emanuel more than $687,000, the Spirit of Excellence Academy about $85,000, and various individuals more than $110,000.

NOLA.com reported that Southall faces up to 10 years in prison for money laundering. He is slated to be sentenced in January 2023.