Do you have McDonald’s money? If so, you can cop an Adult Happy Meal for $300K

McDonald’s limited edition Adult Happy Meal toys are selling for over $300,000 on eBay and other resale sites.

Can you set a price on nostalgia? McDonald’s certainly made an attempt with the release of their Adult Happy Meals earlier this month, which have both received mixed reviews from eager buyers and frustrated McDonald’s workers. Now, fast food connoisseurs are testing the limits even further; as reported by CNBC‘s “MakeIt”, toys from the limited edition meals are popping up on resale sites, listed for as much as $300,000.

The meals, which included either a Big Mac or a 10-piece nugget with fries and a drink for roughly $12.95, featured four-eyed versions of one of four toys: classic McDonald’s characters Grimace, the Hamburglar, and Birdie, as well as streetwear brand (and collaborator on the limited edition meals) Cactus Plant Flea Market’s mascot, Cactus Buddy. Many of the Happy Meals sold out nationwide, making way for resale demand to crop up quickly.

While the meals themselves aren’t for sale, one such seller has a set of three unopened toys priced at a staggering $300,000.95 on eBay. In the description, the seller claims their three unopened toys, in opaque white bags, are Birdie, the Hamburglar, and Cactus Buddy.

“WILL SELL FAST!!! 🍟🍔,” says the description, which as of press time had no bids.

If collectors aren’t looking to pay into the six figures, there are others online in the much more modest ballpark of four figures and even some that are still available for under $100. 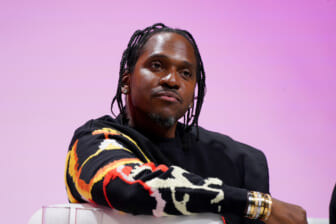 Also Read:
I like Pusha T x Arby’s-gang McDonald’s diss—and I’m gon’ let him finish—but he has a small kid. Somebody is still picking up McDonald’s nuggets

If you missed out on your chance to get an Adult Happy Meal, which are on sale through Oct. 30 while supplies last, on Tuesday, the fast food company began selling limited edition Halloween Happy Meals served in “Boo Buckets”—which some will recognize as pails last sold by McDonald’s in the ‘80s. The pails look like happy jack-o-lanterns and come in either green, orange, or white. However, unlike the adult version, Boo Buckets are regular Happy Meals geared toward the kiddos and will be on sale while supplies last through Oct. 31.