There has been a shortage for years and industry experts say one reason is mistrust of the medical system.

The shortage of Black donors at sperm banks across the nation is forcing Black women to choose a donor of another race — and to pursue other possibly less safe avenues — if they hope to have a chance at motherhood, The Washington Post reports.

There has been a shortage of Black sperm donors for years and industry experts say one reason is mistrust of the medical system. Also, the fertility industry has for a long time marketed primarily to white people, which has had a major impact on single Black women and couples seeking to start a family.

“If you went to any website for any fertility clinic in the United States before 2020, you actually very rarely saw any evidence of people who just by sight looked like a person of color on their websites, and there were no babies of color,” said Cindy Duke, a reproductive endocrinologist and virologist in Las Vegas, The Post reports.

“There wasn’t much thought given that there may actually be a Black intended single mom or a Black same-sex female couple that’s in need of a Black donor,” Duke added.

According to the Genetic Literacy Project, the Black sperm donor shortage is also attributed to the fact that only one in every 1,000 applicants (of all races) makes it through the screening process that includes semen analysis, an extensive, three-generation medical history, infectious-disease testing, and a criminal background check. Donors with felony convictions are excluded from the selection process.

The Post analysis found that less than 2 percent of Black sperm donors are represented at the nation’s four largest cryobanks. 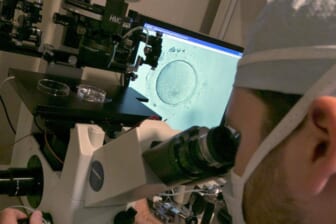 The California Cryobank, Fairfax Cryobank, Seattle Sperm Bank and Xytex have a total of 748 sperm donors, of which only 12 are Black as of Oct. 11.

At California Cryobank, the waiting list for a white donor is typically three months, while for a Black donor it can be up to 18 months.

“We continue to work hard to recruit more Black donors,” Morgan Barker, senior marketing manager at Fairfax Cryobank, said in an emailed statement The Post reports. “There are several in the pipeline who should be available at the beginning of next year and a few more are in the screening process.”

The shortage of Black sperm donors at the more than 20 cryobanks in the country is so severe that some Black women are turning to close male friends and online groups to buy semen. However, some advise caution in these situations.

“Proper screening isn’t getting done when you go private. Intended recipients and donors need to make sure they aren’t carrying the same recessive mutations or same genetic issues that could manifest in the child,” said Richard Vaughn, an attorney specializing in fertility law. “When people work through licensed sperm banks, there’s a system of checks and balances and medical screening.”

According to the latest census data, Black women between the ages of 35 and 45 are more likely to remain unmarried compared with other racial groups. Meanwhile, the demand for cryobank services among Black women has risen steadily over the years, but it spiked during the pandemic, The Post reports.

Reese Brooks told The Post that when she and her ex-girlfriend decided to start a family, she wanted a Black sperm donor but could not find one during the hundreds of hours she spent scouring websites for sperm banks.

Brooks said she had to “take race off my wish list and start to broaden my search if I wanted to be a mother.” She ultimately selected a Latino donor to conceive daughter Zuri.

“There’s so many good African American men out there,” Brooks said. “Maybe they just don’t know how much they’re needed to create families.”

For their part, sperm banks know their recruiting efforts for Black clients have not been good. They also recognize that marketing outreach has to be improved to connect with Black and other donors of color as families become more diverse.

“Over the years, we have spoken to African American fraternities and student organizations to try to increase our number of applicants. This has not been very successful,” said Jaime Shamonki, the chief medical officer of California Cryobank. 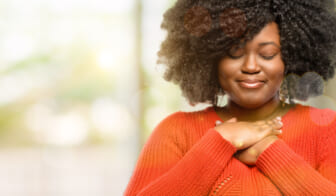 Also Read:
In pursuit of happiness: Why am I choosing between love and parenthood?

Shamonki noted that “it’s proven to be challenging to hit the right tone and appeal to these donors rather than further alienate them.”

“It has been drilled into their psyche that Black men are not good fathers, they’re absent, they don’t go to the doctor, and now you turn around and tell them that they should now trust the medical industry with their genetics, and help create children they aren’t going to see, said Regina Townsend, founder of the infertility nonprofit organization Broken Brown Egg, The Post reports. “That’s a big obstacle.”