“Not my peers,” she quickly corrected. “I misspoke.”

Green isn’t their congressional colleague yet, but her slip might not be all that premature.

Democrats have represented this industrial, union-friendly corner of northwest Indiana in Congress for nearly a century. But Democratic Rep. Frank Mrvan’s reelection bid is in question as the party faces headwinds around the U.S. this year, buffeted by President Joe Biden’s low approval ratings and high inflation.

The contours of this district, encompassing Gary, have been redrawn to be slightly more friendly to Republicans. Green, meanwhile, offers a compelling biography that includes 20-plus years of Air Force service. She’s still active in the Indiana Air National Guard. 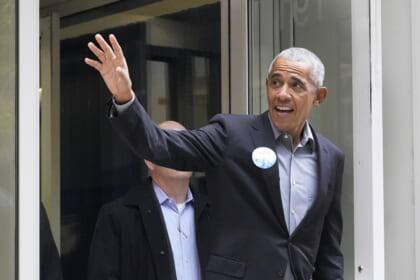 And, of the 74 districts the committee is targeting for victory, 24 GOP candidates are military veterans. In all, 125 Republican House incumbents and challengers say they have military experience, compared to 61 Democrats, according to the Pew Research Center.

“I’m grateful that that’s a demographic that, when you look at polling, everything works,” Green, who was stationed in Iraq as a captain and identifies as both Black and Asian, said of her embodying backgrounds her party has prioritized.

But she added, “If I was who I was without any thoughtful leadership or character attached to it, I would not be effective in this role.”

Minnesota Rep. Tom Emmer says that, when he became head of the National Republican Campaign Committee in 2018, he sought to empower members of Congress to recruit strong candidates in their states.

“The goal is not so much to diversify, as we wanted to identify candidates from communities (where) we want Republicans represented,” Emmer said.

Even as the GOP attempts to diversify its field of candidates, the party’s base is still overwhelmingly white. AP VoteCast, a survey of the national electorate, shows that 86% of Donald Trump ‘s voters in the 2020 presidential election were white, compared to 63% of Joe Biden’s voters. Nineteen percent of Biden voters were Black, while just 2% of Trump voters nationwide were.

In Indiana, the percentages of Black voter support for each were the same, 19% to 2% in favor of Biden.

This year’s national slate for House Democrats is also far more diverse. Incumbents and challengers include 175 women, 97 Black nominees, 50 Hispanic nominees, 18 who are Asian or Pacific Islander and at least seven who are American Indian, the Democratic Congressional Campaign Committee says. 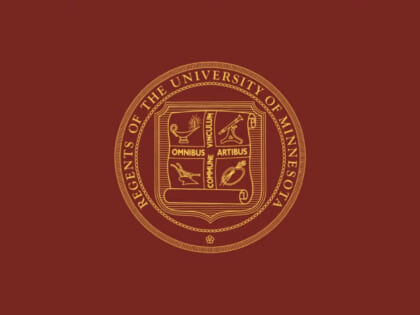 Democrats also accuse some prominent Republicans of promoting racism, including Rep. Marjorie Taylor Greene of Georgia and others talking up the “ great replacement theory.”

Emmer balks at such criticism, saying Democrats want “to talk about anything but the issues that matter most.”

He predicts victory for Jennifer-Ruth Green in Indiana, despite the district being Democratic since 1931. It elected Mrvan for the first time in 2020, and backed Biden by nearly 9 percentage points.

Though the new maps make the district slightly more Republican, a Green win would nonetheless be an early sign of a strong election night for the GOP.

Even Green supporters aren’t sure that’ll happen, however. While she was knocking on doors last weekend in Munster, near Indiana’s border with Illinois, Susan and Bart Cashman spotted her and hurried over to chat. They’re both Green supporters but cautioned that the area remains deeply blue.

Their county includes Gary, where nearly 80% of residents are Black. The city, known as the hometown of Michael Jackson and his family, saw unemployment spike in the 1970s with the closing of many area steel mills. It has experienced rising violent crime more recently.

Green won a crowded Republican House primary as a Trump supporter and is a frequent Fox News guest. She said her campaign can keep the race with Mrvan tight by capturing 20% support from Black voters.

“We’ll have the opportunity to tell people, ‘Hey, this is where we are. Is it producing good opportunity for you?'” she said of her pitch to Black voters. “‘Or do you want something different?’”

“What Jennifer represents are American values,” Owens said of the possibility of Green becoming the GOP’s second Black female House member. “I think that actually really overcomes all the other stuff.”

Darquia and Gordon Biffle co-own Big Daddy’s barbeque in Gary and hosted the recent roundtable. They said inflation has increased the price of a case of fries from $17 to as high as $29.

“Even all the help we got, that all got flushed down the toilet as we tried to keep our workers,” Gordon Biffle said of previous, Democrat-championed COVID-19 federal aid. “Whether it’s Democrat or Republican, we’ve got to side with the people that’s going to help us.” 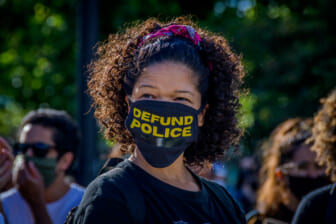 Former Indiana state lawmaker Charlie Brown, a Democrat from Gary, noted that Green doesn’t mention party affiliation on many of her campaign materials, which he said may “fool” some Black voters into supporting her without knowing she’s a Republican.

Mrvan’s yard signs are emblazoned with “Democrat,” and he has been endorsed by area unions. During the United Steel Workers convention this summer, he pointed to outside conservative political groups spending big to oppose him in the district and said, “I’m under attack because I stand for working men and women.”

“Any person can give a great speech for five minutes,” Mrvan said. “It’s in your deeds, it’s in what you accomplish, is what matters.”

Former state lawmaker Brown said the best way to prevent the seat from flipping is boosting Democratic turnout, but it’s “pretty obvious that the Democratic machine even has some concerns for Mrvan” especially given ”this factor involving an African-American female Republican.”

“Usually, people yawn over that because they know this has been a Democratic stronghold for years and years,” Brown said of the congressional election. “But, they’ve got to be aware, that this is somewhat different this time.”