Utah Rep. Owens, McDonald agree on little in only debate 

Republican Rep. Burgess Owens and Democrat Darlene McDonald face off ahead less than two weeks away from Election Day

SOUTH JORDAN, Utah (AP) — U.S. Rep. Burgess Owens and Democratic challenger Darlene McDonald agreed on none of the issues addressed Friday in their only debate before the midterm elections, with each largely echoing their party’s talking points on inflation, abortion and infrastructure spending.

In an untelevised debate in the basement of a suburban real estate office with an audience of only campaign staff and half a dozen reporters, the Utah Republican blamed Democrats and President Joe Biden for fentanyl being imported across the U.S.-Mexico border, racial division and inflation.

Owens accused Democrats of pushing critical race theory — an academic framework that connects the country’s history, including the legacy of slavery, to contemporary racism — and said that it’s destroying the country’s social fabric.

“One thing that the Biden administration has accomplished is that they’ve given us a common purpose again,” Owens, one of two Black Republicans in the U.S. House, added. “We now share in what’s called misery, as a people.” 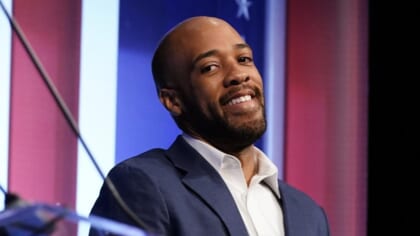 McDonald, who is also Black, countered that Owens was spreading falsehoods to drum up fear — about both the nature of protests against police brutality and the idea that critical race theory was being taught in K-12 schools.

“What he is trying to do is tell his base that we are teaching your children something that we are not teaching them in school,” she said.

The Utah State Board of Education has said critical race theory was never taught in schools.

Owens blamed today’s Democrats and the institutions that have supported them for fracturing people’s unifying values such as love for God, sports and country.

When McDonald attacked Owens for voting against certifying the Pennsylvania vote after the Jan. 6, 2021, attack on the U.S. Capitol, Owens responded by questioning why she and other Democrats weren’t similarly outraged by protests that swept the country in 2020 after Minneapolis police killed George Floyd.

The us-versus-them partisanship reflects a dynamic that’s grown prominent as gerrymandering has become more common throughout the United States. Only 30 out of 435 congressional districts would have been won or lost by 5% in 2020, meaning most Americans today live in congressional districts that heavily favor one party or the other.

Utah’s 4th Congressional District is one such district. Unlike prior elections, when the suburban Salt Lake City-based seat traded hands between, Owens is heavily favored to win reelection next month. 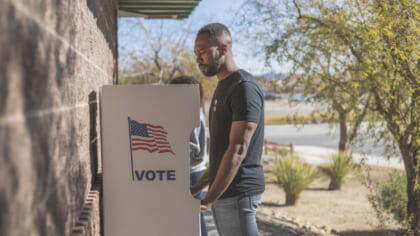 Also Read:
A message to Black male voters: Don’t let Republicans use you

Though both candidates in their closing remarks made nods to coming together and transcending polarization, their overtures were a far cry from past debates. Two years ago, then-U.S. Rep. Ben McAdams, a Democrat, highlighted votes he’d taken against his own party. Owens said he advocated reforming — not repealing — the Affordable Care Act.

A debate between the two almost did not occur after Owens withdrew from an earlier Utah Debate Commission-hosted televised event due to what he said were complaints about the moderator.

The Friday evening debate, which was plagued by interruptions and technical difficulties, was streamed on YouTube and Facebook, where only a few hundred people watched.