Maurice Hastings, who was convicted in 1988 of the abduction and murder of a California woman, was cleared when newly tested DNA evidence identified a different suspect in the crime.

A 69-year-old man who has spent 38 years behind bars is now free after new DNA evidence exonerated him from a murder conviction for which he has consistently maintained his innocence.

According to CBS Los Angeles, Maurice Hastings was convicted in 1988 of the abduction and murder of an Inglewood woman, Roberta Wydermyer, and the attempted murders of her husband, Billy Ray Wydermyer, and friend George Pinson. He received life in prison without the possibility of parole.

A second trial found him guilty of the offenses after his first one resulted in a deadlocked jury.

“I’m not pointing fingers,” Hastings said at a news conference, according to CBS LA. “I’m not standing up here a bitter man. But I just want to enjoy my life while I have it. And I just want to move forward.”

Roberta Wydermyer allegedly took a late-night trip to a market in 1983 but never returned. Police claimed that after robbing and sexually assaulting her, the suspect shot her in the back of the head and hid her body in the trunk of her car.

Police allege that the victim’s spouse and a friend tried to track her down and discovered the stolen vehicle. The suspect shot Billy Ray Wydermyer multiple times as the two men were pursuing the car. 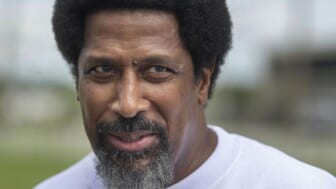 Hastings asked for DNA testing in 2000 to demonstrate his innocence, but the Los Angeles County District Attorney’s Office rejected the request, according to a news release from that office. He filed a claim of innocence with the D.A.’s Conviction Integrity Unit in 2021, and in June, DNA testing determined that the semen on a mouth swab used as evidence was not his.

The analysis instead found a match to a person in the database who had been found guilty of an armed kidnapping in which he forced his female victim into a car trunk. That man passed away in 2020 while serving a 56-year sentence for a separate kidnapping and rape case.

“What has happened to Mr. Hastings is a terrible injustice,” L.A. District Attorney George Gascón said in a statement. “The justice system is not perfect, and when we learn of new evidence which causes us to lose confidence in a conviction, it is our obligation to act swiftly.” 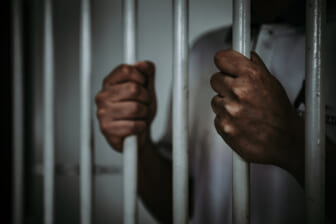 According to CBS LA, the Los Angeles Innocence Project and the county D.A.’s Office collaborated to get Hastings’ convictions for abduction, sexual assault, murder and attempted murder overturned.

Gascón admitted the system failed Hastings — and the victims.

“We no longer have any confidence in the veracity of the case against Mr. Hastings,” said Gascón, CBS LA reported. “You are a free man today because of your perseverance.”