Takeoff, the youngest member of the rap trio Migos, was declared dead at the scene; gunfire injured two others at a bowling alley.

The entertainment industry is mourning after Takeoff, one third of the Atlanta rap group Migos, was reportedly shot and killed early Tuesday morning.

According to The Guardian, the shooting occurred around 2:30 a.m. CST as the 28-year-old rapper — born Kirshnik Khari Ball — was playing dice at a bowling alley in Houston. Two other people were shot and taken to the hospital. Quavo, also a member of Migos, was present but unharmed.

TMZ reported that a few hours before the incident, Takeoff shared a selfie from 810 Billiards & Bowling. In a video posted earlier that evening, Quavo was seen riding around Houston with Young Empire Music Group CEO Jas Prince, who was celebrating his birthday.

Takeoff, the youngest member of Migos, was shot either in the head or close to it, reports indicate. He was declared dead at the scene.

According to The Guardian, Takeoff, born in Lawrenceville, Georgia, started rapping in 2008 alongside uncle Quavo and cousin Offset under Polo Club. The group’s debut mixtape as Migos, Juug Season, was released in 2011.

According to TMZ, they released their first hit, “Versace,” in 2013 and continued to amass success as multi-platinum hitmakers. 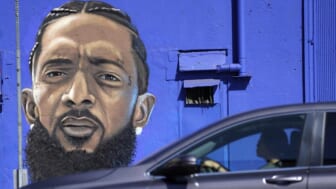 The trio is most known for their 2016 Lil Uzi Vert collaboration, “Bad and Boujee,” which reached No. 1 in the U.S. They are also recognized for the Top 10 singles “MotorSport” and “Walk It Talk It.” Takeoff released one album as a solo artist: 2018’s “The Last Rocket,” which opened at No. 4 in the U.S., and one opposite his uncle as half of Quavo & Takeoff, “Only Built for Infinity Links,” which was released just last month.

According to TMZ, the duo released their latest video, “Messy,” on Monday.

“I remember Takeoff being a very down to earth, cool dude,” boxer Chris Eubank Jr. said via Twitter, The Guardian reported. “Can’t believe I’m having to say this again about another young black star being killed for no reason, something really has to change in the industry.”