Kyrie Irving isn’t as smart as he thinks

OPINION: The Brooklyn Nets star can’t claim to be for Black folks while espousing the same antisemitic rhetoric that appeals to our agonizers. He’s simply empowering racists to be more racist. 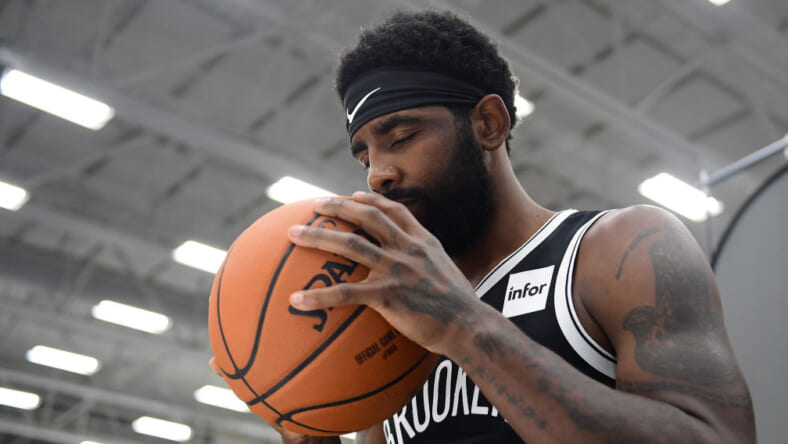 Kyrie Irving #11 of the Brooklyn Nets poses for a photograph during Media Day at HSS Training Center on September 27, 2019 in the Brooklyn borough of New York City. (Photo by Emilee Chinn/Getty Images)

When Brooklyn Nets star Kyrie Irving sat down for a media session Saturday night, days after posting a link to an antisemitic film, he knew the questions were coming because he’s smart.

He knows antisemitism is a hot topic that recently clipped Kanye West’s net worth from 10 figures to nine figures. He knows crazy talk about our Jewish cousins has fueled violence and vandalism at historically high levels, fanned by public figures like the former president and Twitter’s new owner. Irving also should know that antisemitism is mainstream media’s top-ranked racial offense, ahead of any anti-behavior toward people of color. 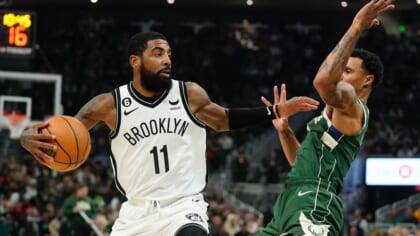 Team owner Joe Tsai, the Nets and the NBA issued separate statements condemning Irving’s post, but the baller doubled down from the podium. He said he’s trying to educate people with his social media posts, not be divisive: “I’m in a unique position to have a level of influence on my community.” Considering he has 4.6 million followers on Twitter, we can’t disagree there.

But the self-proclaimed deep thinker displayed his pretzel logic (it’s twisted) 90 seconds later, contradicting his own valid assessment. “I’m no different than the next human being,” he said, adding that “you guys come in here and make up this powerful influence I have.”

Irving can’t have it both ways. He can’t position himself as a leader AND recklessly send dangerous tweets like millions of anonymous nobodies do every day. Being an NBA player includes plenty of perks, but freedom from consequences isn’t one when Neo-Nazis and their ilk gleefully align with you.

Coach Steve Nash didn’t sound any better before the Nets fired him. “There’s always an opportunity for us to grow and understand new perspectives,” Nash said of Irving’s post, calling it a chance to emerge “with more understanding and more empathy for every side of this debate and situation.”

Get out of here with that sympathizing, fine-people-on-both-sides nonsense. Purveyors of hate wish to present their case in a debate like it’s OK to deny the Holocaust and vandalize synagogues. Like it’s reasonable to scapegoat African Americans and shoot up Bible studies. Like it’s fine to game the electoral system and keep political power. They want to normalize racism and keep injustice intact as the golden white standard, perfectly defensible by their reckoning.

Yes, there are disparate levels of outrage over antisemitism as opposed to anti-Blackness. Adidas dropped Ye for the former long after flagrant examples of the latter. It doesn’t help that segments of the community rally around Black celebrities who take self-hating stances, another byproduct of generational racial trauma that continues unabated. Meanwhile, the quiet parts disappear and become the out loud.

Irving offered his own version of “what about-ism?” while departing Saturday’s contentious session. “I wish we felt the same about Black reproductive rights,” he said. “And all the things that actually matter than what I’m posting.”

He reminds me of an old saying from my childhood, when we would’ve told him: “You’re so smart, you don’t know nothing.” He certainly doesn’t know enough to keep his NBA career from the ledge of self-inflicted disaster. But having experience with his type, I bet he’d retort that his money gives him the freedom to “speak my truth.” 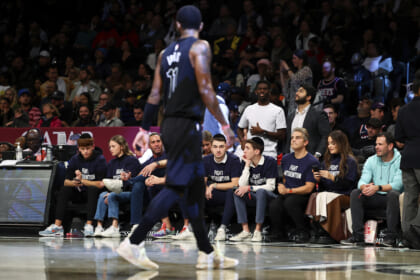 Therein lies the problem as this country teeters. Too many “alternative facts” are accepted as reality. Too many selective falsehoods are embraced as truth — by people looking to crush us or people being faux intellectuals who unwittingly muddy clear thinking. Irving can’t claim to be for Black folks while espousing the same antisemitic rhetoric that appeals to our agonizers. He’s simply empowering racists to be more racist, hardly in our best interests or his employer’s business interests.

“The Brooklyn Nets strongly condemn and have no tolerance for the promotion of any form of hate speech,” the team said in a statement.

Irving was dreadful Tuesday, his first game since defending his post, and the Nets have played likewise all season. His tenure in Brooklyn won’t end well, and it could end soon. He can’t be trusted on the court or on social media, contributing to the team’s overall dysfunction. Sooner or later, he’ll do something to further incinerate the team’s flimsy fabric.

“The ‘Anti-Semitic’ label that is being pushed on me is not justified and does not reflect the reality or truth I live in everyday,” Irving tweeted Saturday. That sounds right to him because he thinks he’s smart.

But judging by the evidence, we’re fools to believe that.