TheGrio has the perfect picks from the latest films and TV shows hitting streaming services and movie theaters this weekend.

From an acclaimed performance by Brian Tyree Henry to a thrilling stop-motion film from Jordan Peele, theGrio has the top movies and shows to watch this weekend.

Brian Tyree Henry and Jennifer Lawrence star in the latest movie from Apple Original Films and A24. Following a successful premiere at the Toronto International Film Festival earlier this year, “Causeway,” directed by Lila Neugebauer, hits the popular streaming service and select theaters this weekend.

Lawrence, in a performance critics are hailing as a comeback for the Oscar winner, plays Lynsey in the film, a military engineer on the path to recovery after dealing with a debilitating brain injury sustained while serving in Afghanistan. Henry plays James Aucoin in the film, a man who offers Lynsey a ride home after her truck breaks down.

The official description obtained by Apple explains, “These two damaged souls’ budding friendship forms the center and the heart of Neugebauer’s debut feature—a quiet but devastating, and ultimately uplifting, story about coming to terms and moving forward.” Check out the trailer for “Causeway” below, which is available to stream now.

Stop-motion animation fans are in for a treat with “Wendell & Wild,” a new film from the minds of horror legend Jordan Peele and Henry Selick, who directed “Coraline” in 2009. Starring as the titular characters are Peele alongside his frequent collaborator, Keegan-Michael Key. 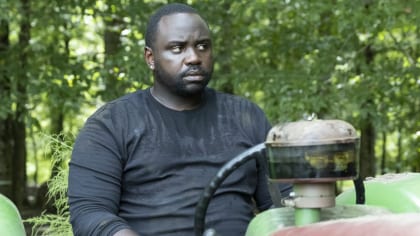 The two “scheming” demon brothers turn to a troubled teenage girl, Kat Elliot, for help to get to the land of the living. “But what Kat demands in return leads to a brilliantly bizarre and comedic adventure like no other, an animated fantasy that defies the law of life and death, all told through the handmade artistry of stop motion,” Netflix’s official synopsis explains.

Check out the trailer for the film below, which is available to watch now.

While October may be over, there are still plenty of horror offerings for fans to watch this month, including one of the biggest thriller films of the year: “Barbarian.” Just months after it premiered to rave reviews, the terrifying film is available to stream now on HBO Max.

Georgina Campbell stars as Tess, a woman who arrives at her Airbnb in the middle of the night only to find she is not alone. Check out the trailer for the film below:

“Weird: The Al Yankovic Story” has officially dropped on The Roku Channel. The highly anticipated biopic on the American singer stars Daniel Radcliffe in the titular role and “Abbott Elementary”‘s Quinta Brunson as Oprah Winfrey.

With exemplary reviews from critics, the film is a perfect watch for Weird Al fans. Check out the trailer below:

If you’re looking for a great documentary, look no further than “Louis Armstrong’s Black & Blues” on from Apple Original Films. Described as an “intimate and revealing” look at the historic musician, the project is directed by Sacha Jenkins, known for directing “Fresh Dressed,” “Word is Bond” and more.

The documentary “honors Armstrong’s legacy as a founding father of jazz, one of the first internationally known and beloved stars, and a cultural ambassador of the United States,” per Apple TV+’s description.

The documentary is available to watch on Apple TV+ now.