Hate crimes against Black people up 50% in Chicago

The Chicago PD received 125 hate crime reports in 2022 as of Nov. 6 – the majority of crimes being committed against Black Chicagoans.

Anti-Black hate crimes in Chicago have risen 50% in 2022, and possibly more due to underreporting, according to recent reports from city experts and officials.

The Chicago Commission on Human Relations last month released data from hate crimes reported against Black Chicagoans this year, with 16 incidents reported to the agency and 27 reported to the Chicago Police Department, according to PBS-affiliate WTTW.

During the Oct. 20 hearing where the data was released, Commissioner Nancy Andrade said that Black people are among the racial groups most frequently subjected to hate crimes, according to the outlet.

Hate crimes are defined by the Chicago Commission on Human Relations as acts of bigotry committed against a victim due to their actual or perceived membership within a given demographic group, according to WTTW.

The total number of hate crimes reported to the Chicago PD in 2022 is at 125 as of Nov. 6, the highest mark since the department began logging the data in its online dashboard.

Per the dashboard, anti-Black hate crimes are the most common, followed by hate crimes against gay males and Jewish Chicagoans. 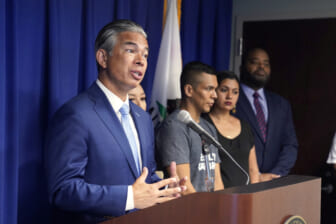 The numbers may be skewed due to hate crimes that go unreported, according to Jeannine Bell, law and social justice professor at Loyola University Chicago School of Law, and Karen Freeman-Wilson, President and CEO of the Chicago Urban League, per WTTW.

“The consequences of unreported hate crimes is that you see more hate crimes, more hate speech, more actions against people who are different and you have more victimization,” Freeman-Wilson said.

Hate crimes can go unreported due to lack of understanding regarding the definition, or lack of trust in the justice system to address the issue properly, they told the outlet.

“If the police are not showing themselves as open to the investigation of hate crimes and catching perpetrators, if the police department does not show they are willing to help victims, individuals who are targeted by hate crimes, then there is little impetus to report,” Bell said.

Hate crime surges and underreporting is a national issue seen far beyond the confines of the city, however. To address the growing problem in Maryland, the Caucus of African American Leaders in August launched the Emmett Till Alert, a new system that will alert Maryland leaders to hate crimes and racist incidents, as previously reported by theGrio. 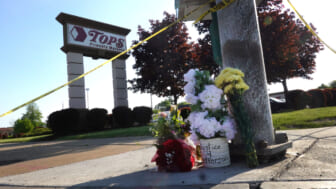 The alert, which is modeled after the Amber Alert system, will notify nearly 170 state officials, clergy and community leaders when any relevant and credible crimes occur in the state.

“The idea here is to have an alert system that allows the entire community to know what is happening,” said Carl Snowden of the caucus at a news conference. “If they get an Emmett Till Alert, it’s very serious, and they should take the necessary steps to protect themselves and their family.”