My father is disillusioned with the Democrats. Why I’m trying to convince him to vote anyway

OPINION: For Black voters who have a strained relationship with the Democratic Party, voting in the midterms may not be a priority. But showing up is still a necessity. 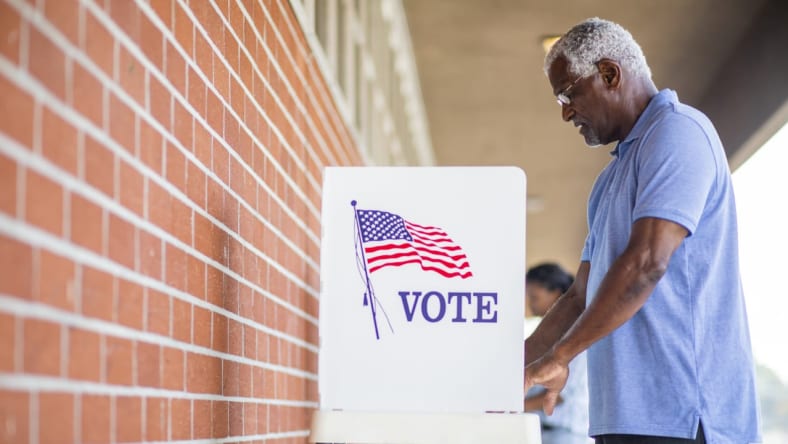 They say to take nothing for granted. I recently learned why that saying has stood the test of time when my father — a 65-year-old Army veteran who has been registered to vote pretty much all my life — told me he wasn’t planning to vote on Tuesday during the midterm elections. The conversation went something like this:

(Me: driving my Dad to an appointment, talking about bad highways, and why I can’t wait for a new railroad system thanks to Biden’s bipartisan infrastructure bill.)

Dad: Well, Joe Biden promised too much to Black people and still underdelivered. There was no way he was gonna get all that done!

Me: I hear you Daddy, but he needed the support of Congress. His agenda was blocked multiple times. And if a lot of these election deniers in the GOP win next week, we’ll have bigger problems on our hands than some disappointing Democrats…

Dad: Nah, I’m tired of being told to come out and vote and not seeing no difference. What happened to the George Floyd bill? I’m tired of Black votes being used to put Democrats in office, but then they can’t get nothing done.

Plus they knew the economy was bad and didn’t do a good job explaining it, so it’s not my job to save them! 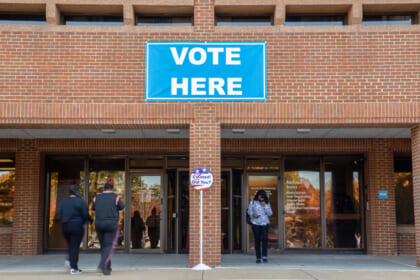 Also Read:
Black votes do matter — if we vote

For a second, I felt like I was living in an alternate reality. Even if some of his critiques were valid, I was dumbfounded that it was me trying to convince my much wiser elder to go to the polls instead of the other way around. I never thought I’d have to do the convincing, but I know I’m not alone in it.

Many of us have family members and friends who feel the exact same way about the state of politics and the relationship between the Democratic Party and Black voters. Despite documented achievements during his two years in office, plenty of voters are sour on Biden because of inflation, among other issues. A new NPR poll found that key groups in the Democratic Party (Gen Z, Millennials, Latinos, Black people) are less enthusiastic about voting in the midterms than key groups in the Republican Party (Baby Boomers, Trump voters, evangelical Christians). This means most GOP voters are revved up and ready to hit those polls, while some of our folks are putting their proverbial foot down and saying they won’t be used as “pawns.”

It’s important to note that a recent theGrio/KFF poll also found 64% percent of Black voters said they would certainly vote this November — with the older Black voters making up the larger share of those who would turn out. This means our people who don’t plan to show up are technically in the minority — only further highlighting how much power we lose by their absence.

No matter how confounding the decision to not vote, in my thirtysomething years on the planet, I’ve learned to be less judgemental. If COVID-19 taught us anything, it’s that the people closest to us can surprise us with their views, political, scientific or otherwise. In an era of increasing cultural clashes and arguments over what is truth and who gets to define it (look no further than Kyrie Irving and Kanye West to see the divide), it’s becoming clear that just shutting down arguments we disagree with won’t bring us any closer to progress.

So I’ll tell you like I told my own father, who has loved me from the day I was born and worked multiple jobs to put food on the table, a man I respect deeply and will always admire — Tuesday’s election is about more than one individual president, one party or policy. 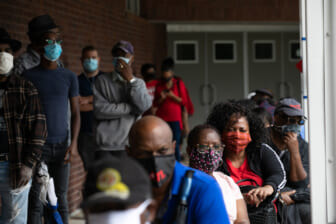 Staying home as a Black voter helps the architects of voter suppression who want our very powerful deciding votes to be weakened.

It’s why they’ve put so much energy into gerrymandering and creating maps that break up Black voting power in places like Georgia, Tennessee and North Carolina.

There are good, quality, Black candidates who need your votes to have a chance of making it.

While as a journalist, I prefer to interview candidates over making endorsements, elections like Georgia’s governor’s race with Stacey Abrams vs. Brian Kemp, and the Senate race between Raphael Warnock and Herschel Walker, all require every single vote possible for quality Black candidates to have a shot.

It’s not over till it’s over.

Stacey Abrams has been consistently trailing Brian Kemp in polls, but she insists that polls don’t capture all her supporters. Just as many thought Hillary Clinton was guaranteed to win the presidency in 2016, Donald Trump’s supporters showed up where it mattered, and he won instead.

Political violence is being normalized, and the wrong people in power will make it worse.

Black America has long known about this nation’s capacity for violence. It’s others who are now waking up to its vitriol. But we will surely be collateral damage and targets in an America that’s amplified with hateful voices boosted by political authority. From Buffalo to Uvalde, the Capitol insurrection to attacks on Paul Pelosi, we are only seeing the tip of an anti-Democratic iceberg that will sink us all.

Democrats can and must be held accountable for their promises to Black America.

You only can do that if you have a clear political agenda and demonstrate your power. Just as other groups unify to make their concerns and expectations known, we need more Black political engagement and not less, to ensure we don’t lose precious ground. Voting is just one of many tools you have to flex your muscles — donating money, meeting with officials and pressing them on legislation are in the toolbox, too.

That drive I took with my dad taught me a lot about how people can respond to being let down, but it also reminded me of another lesson the same man taught me: When you know better, you do better. It’s up to all of us to actually know what’s at stake this election rather than turn a blind eye to what’s happening in this country when we don’t like it.

Because someone is going to decide our fate on Tuesday, we’ll feel a whole lot better if it’s us.