OPINION: So many times, white people don’t want to help foster change until the thing that needs changing affects them. This is one of those times. 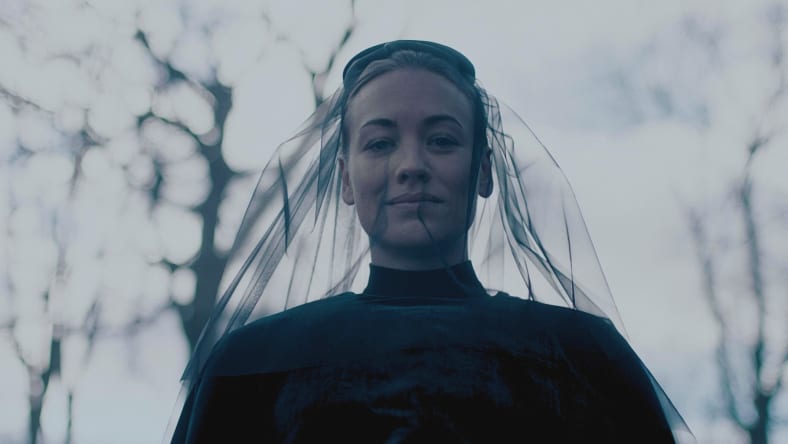 Kanye West, or Ye as I guess we are supposed to call him now (I personally don’t call that ignoramus anything), has finally been “canceled” as it were. He’s lost his deals with Gap, Adidas and a number of other brands and companies as of this writing.

Ye is being canceled because of antisemitic remarks he made recently. Never mind that he’s been making anti-Black comments for years; nothing he said was taken seriously until he said something that made white people feel attacked. 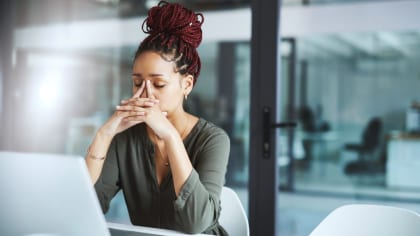 Similarly, NBA player Kyrie Irving is now in the hot seat for similar reasons. Irving shared and promoted a wildly antisemitic film, and when called out on it, seemed to double down on his actions. As a result, he has been suspended from the Nets, and he cannot come back until he completes six requirements imposed by the Nets.

And again, all of this happened because a group of white people felt attacked.

To be clear, both Kanye and Kyrie are idiots who have helped to spread dangerous rhetoric. That is not in dispute here.

Isn’t it always like this, though? Black people can ring the alarm about something (police shootings, environmental racism such as what happened with Flint, Michigan, just to name two), and white people will act like we are making a big deal about nothing until it lands at their feet. This is so commonly a thing, it is even being reflected in their art as we speak.

Be warned: the following contains spoilers related to the show “The Handmaid’s Tale.”

If you aren’t familiar with “The Handmaid’s Tale,” it is a Hulu series based on a novel by Margaret Atwood. In the story, the United States government has been overthrown and replaced with a theocratic government called Gilead. The women in Gilead are divided into different classes, which include wives, Marthas (basically housekeepers), and handmaids — the women forced into sexual servitude and expected to be impregnated (through rape) by the commanders and carry babies that will then be raised by the commanders and their wives. It’s all really gross, but white people love this show, and they always discuss the horrors of it as if this very thing didn’t happen to enslaved Black women right here on this very soil, but I digress.

Serena Joy Waterford and her husband, Commander Fred Waterford, were among the chief architects of Gilead’s government and society. In fact, she was an anti-feminist who seemed to take pleasure in the suffering of other women she felt were beneath her — especially the handmaids, and in particular, her handmaid June. Serena Joy actively participated in her husband’s multiple rapes of June, even going so far as to help hold June down on the bed while her husband climbed on top of her and “did his business.”

The entire show revolves around June’s experiences living with the Waterfords and being a handmaid in general.

Most people who have watched the show have expressed their disgust and horror at what is depicted. They have often said how horrible it would be if something like this happened in real life. You can tell the people who said that weren’t Black, because Black people know (or should know, anyway) that the exact things being depicted in “The Handmaid’s Tale” actually happened to enslaved Black women in this country.

Enslaved Black women were treated as less than human. They were simply pieces of property to white people, and those white people believed they could do anything they wanted to their “property.”

Enslaved Black women were raped, impregnated by their masters and often had their children taken away from them — at times sold away from them to other plantations.

In “The Handmaid’s Tale,” the children born to handmaids in Gilead are given to the wives the handmaids “serve.” When the women were initially brought to Gilead, any children they already had were taken away from them and placed in the homes of women and men who had previously been unable to have their own children.

June had a young daughter when she was taken to Gilead, and her daughter was taken away from her. Serena Joy frequently used her knowledge of that daughter and her whereabouts to torture June and manipulate her into doing things she did not want to do.

Fast forward to where we are in season 5, and not only have the tables turned on Serena Joy Waterford — they have literally toppled over on top of her.

June has escaped from Gilead and is reunited with her husband Luke and her best friend Moira (who was also a handmaid but escaped Gilead before June) in Canada. She is raising baby Nichole, the child she was pregnant with as a handmaid to the Waterfords.

Commander Waterford has been killed by June and a group of former handmaids, and his wife Serena Joy is in the custody of Canadian law enforcement.

Serena Joy is pregnant with her husband’s baby. She is allowed to go back to Gilead to give him a proper burial after his death, and that is when her rude awakening begins. No longer a wife, the pregnant widow is treated far differently than she was when she had the status of Fred Waterford’s wife. Gilead doesn’t want her, and they send her back to Canada to live with a childless couple, Commander Wheeler and his weirdo wife.

It is in their home that Serena discovers she has been put into the position of a handmaid. It becomes immediately obvious that the Wheelers plan to take her child from her and raise it as their own. 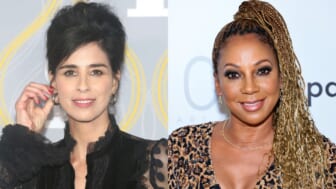 She is suddenly hyper-aware of how badly handmaids are treated, how desperate they are to keep their children, and how escaping the clutches of the commander and his wife is really the only way to survive.

Yes, Serena Joy is that white woman who only cares and pays attention to injustice when she is directly impacted by it.

In a strange turn of events, Serena finds herself at the mercy of June, who helps her deliver her baby and gets her safely to a hospital. It is during these moments that June and Serena have their most candid conversations, and at one point, Serena is describing her treatment at the hand of the Wheelers.

It gets even worse when Serena’s child is taken from her. There is a scene with her screaming and crying, yelling for June to do something, and you can’t help but wonder if Serena realizes none of this would be happening if she had done something when she had the chance to.

Instead, she chose to live her life and turn a blind eye to the atrocities she helped to create. She only cared once it happened to her and she and her child were directly impacted.

It is a toxic and disgusting cycle in America that needs to end.

And so today, on Election Day, I ask that y’all go out there and vote. Vote for what you know is just and right. Vote for positive change in this country.

Whatever you do, don’t be a Serena Joy Waterford.

“The Handmaid’s Tale” season finale will air Wednesday on Hulu.