30 years ago, SWV moved into my mind with their debut album ‘It’s About Time,’ and they have been living there rent-free ever since

OPINION: The R&B trio’s debut album (plus remixes) showcased everything you could possibly need in a hip-hop/R&B album. 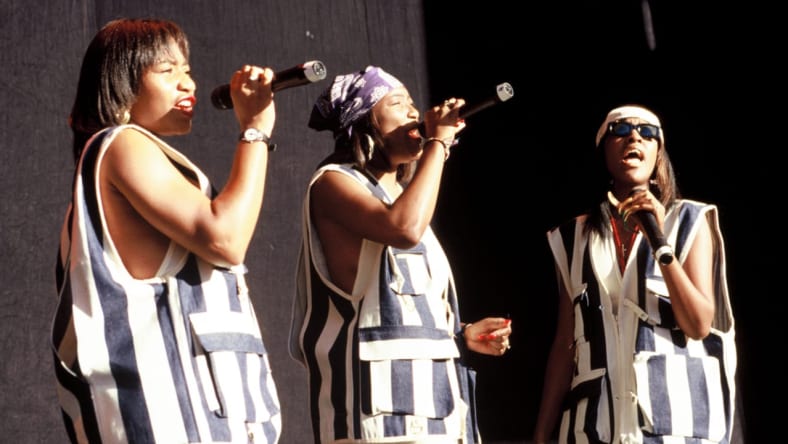 When SWV first hit the scene in August 1992 with their debut single, “Right Here,” I was living in Frankfurt, Germany. I was starting eighth grade, and because of where I lived, I probably saw that first video via some VHS tape a member of my family sent to Germany to make sure my siblings and I weren’t too far behind the rest of the cool-kid happenings of the world. But I remember it vividly. I LOVED the song “Right Here,” and I loved the voices singing the song. I loved the style and the vibe and the attitude. And for the record, I’m talking about the original version of “Right Here,” not the supremely more popular, all-time Michael Jackson “Human Nature” sampling remix that would effectively render the original as a footnote. That original though had me at hello. Still does.

As was usually the case when a new group hits that had the hip-hop/R&B sound that I grew to love so much, I asked my dad to get me the CD and then I’d wait until he actually did it. Albums usually got to us in Germany some weeks (or even months) later after release, so who knows when I actually got the album, but once I did, it stayed in rotation. I literally had no choice but to continue to listen; the music sounded as if it was made specifically with me in mind. When I got my CD of “It’s About Time,” I was ALL in. 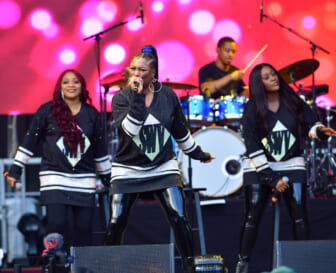 So let’s start at the most important part: Coko, Taj and Lelee called themselves Sisters With Voices, a pretty tall order, except they were right. They could sang. Despite their first singles really being driven by the beat and hip-hop attitude of the records, you could easily make out the unique vocal stylings that only worked because the women were supremely talented. Then the production was top-notch. Those first records were (largely) written and produced by Brian Alexander Morgan, who clearly found a muse for records he had been shopping around. And while “Right Here” set the table, “I’m So Into You” was the entire meal, an instant classic of a record that goes as hard today, in 2022, as it did in 1992. It is physically impossible not to bob your head when listening to this record or even hit a hard bop just because your soul requires it.

And in case you just weren’t sure that the voices were as special as it felt on the first few singles, they released the simply amazing sing-a-long, karaoke staple, “Weak,” where you can guarantee a group sing by simply dropping the volume on the song’s bridge. It’s guaranteed to work 100 percent of the time. Not surprisingly, it is the group’s highest-charting song ever. The other records on the album were amazing; “You’re Always On My Mind” and “Downtown” were similarly fan favorites, but none hit as hard as those first singles. Well, that is until “Anything,” the album’s opener — really an intro — was remixed into the “Old Skool Radio/ALLSTAR” version for the “Above The Rim” soundtrack. It transformed that original intro into a literal classic record wormhole that will probably outlive the cockroaches along with Jagged Edge’s “Let’s Get Married” remix. 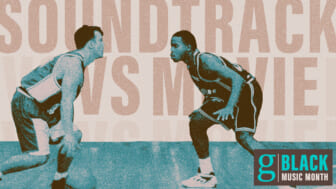 Also Read:
This or that! Which is better, the soundtrack or the movie: ‘Above the Rim’

Of course, there is also the “Right Here (Human Nature Remix),” which works on almost any urban radio format, from hip-hop to adult contemporary at this point. It catapulted this group right into constant video rotation on BET and MTV and well, the hearts and minds of us all (I’m alleging this, of course). For me, it was at that point that I’d decided SWV was going to be my favorite R&B group ever, a claim that I have yet to waver from. It’s to the point where I can’t even be objective about them as a group; if they release an album, it’s just a good album. Periodt. I can’t even help it. I’ve been rocking with them for the last 30 years, and I see absolutely no reason that would change that loyalty and appreciation.

They’ve been living rent-free in my mind since I was a teenager, and now that I’m, I guess, middle-aged, I think we’re here for the long haul. I’ve seen them several times in various venues, and it always feels like I’m hearing them for the first time. It’s about time they got their full due for the audio joy they’ve given to me (and us all), and I’ll be right here until the end.

I’m sure you see what I did there. I’ll see myself out. To SWV, you are appreciated.