The Emmy Award-winning comedian and longest-tenured cast member of "Saturday Night Live" has been killing us with kindness and humor with his series of celebrity impersonations. 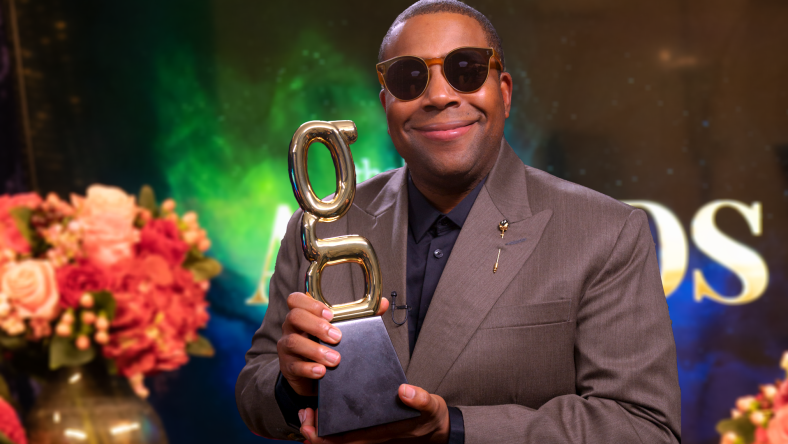 He’s proof that nice guys can win. And that “nice” doesn’t have to be euphemistic for “boring” or “irrelevant.” Kenan Thompson delivers the kind of humor that isn’t salacious or cruel or raunchy. He’s just funny. The Atlanta native cut his comedic style in 1994 as a 16-year-old cast member of Nickelodeon’s sketch comedy “All That” and, two years later, its spinoff “Kenan & Kel.” (His teen humor legacy resonates with younger generations — see the resurgence of “Good Burger,” a 1997 cult classic that landed in the No. 2 spot on Netflix’s most-watched movies list last year.)

Delivering punchlines is one thing; writing them is another, and Thompson’s mastery of both has made him the longest-running cast member of “Saturday Night Live” in its 47-year history. The show, he’s said many times, is his “forever plan.” As a result, he’s also reportedly the highest-paid. The Emmy winner and this year’s Emmy Awards host is famous for his 140 celebrity impressions — Steve Harvey and his signature mustache are both fan favorites — but in an effort to shift the culture, Kenan Thompson decided to stop playing Black female characters and advised “SNL” to hire more Black women players instead.