The media mogul and philanthropist is the embodiment of the American Dream, who went from struggling artist to head of a billion-dollar movie and television empire. 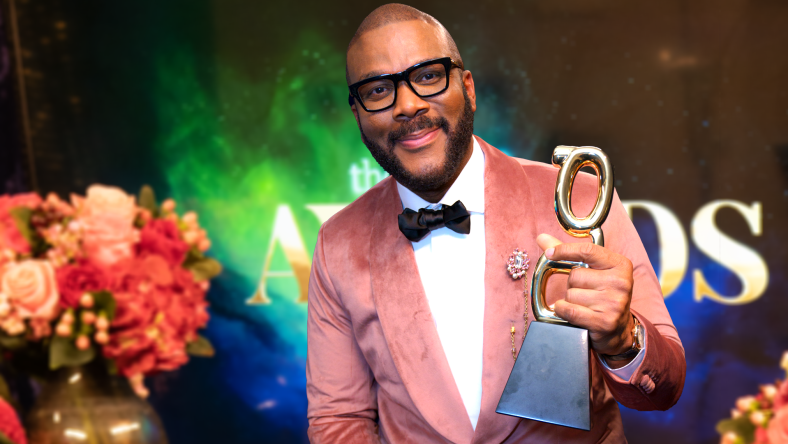 His is the kind of story America loves to tell about itself because he is the embodiment of what its dream is supposed to be. Once upon a time, Tyler Perry lived in his car. His ascension as a writer/actor/director/producer started when he was 22, using his savings to finance the production of his first stage play. He doused that project — along with other stage productions — with hustle, turning the profits into a modest $5.5 million in funding for his first feature film, “Diary of a Mad Black Woman,” and banked $50.6 million at the box office.

Love it or hate it, his Madea franchise alone has grossed more than $670 million and made him rich and famous. His entertainment alchemy is worth a heart-stopping $1 billion in a catalog spanning more than 20 movies, nearly two dozen stage plays, over 1,600 television episodes and a New York Times bestselling book. He is the first African-American to own a major production studio and employs more than 400 people on the 330-acre lot that is Tyler Perry Studios in Atlanta.

As if his empire could be richer, Perry is a mogul with a giver’s heart and his philanthropy, both through the Perry Foundation and his individual giving, is iconic in and of itself. He’s paid for strangers’ funerals, bought folks groceries during the pandemic and made a $1 million donation to the NAACP, its largest gift ever from a single donor. The opportunities he’s created for other folks — Black actors, writers, creatives, just people needing a chance to shine — are part of the happy ending he’s writing for himself.