“There’s a little Black woman, walking, spraying stuff on the sidewalks and trees on Elizabeth and Florence. I don’t know what the hell she’s doing, scares me though,” said Gordon Lawshe, a former co-chair and treasurer of the Caldwell Republican Party.

A Black mother in New Jersey said her 9-year-old daughter is still in fear weeks after a white neighbor called the police on her for spraying a lanternfly-killing solution to save neighborhood trees from the invasive insects.

Monique Joseph spoke about the late October incident during a Nov. 1 mayor and council meeting in the town of Caldwell, as reported by The Progress. She also called for greater awareness of the dangers of racial bias to local officials and residents.

Joseph said police told her that her neighbor, Gordon Lawshe, called for their services on Oct. 22, reporting his suspicions about Bobbi Wilson, 9, who was out that morning spraying insects, per the outlet.

In a recording of the call, obtained by The Daily Beast, Lawshe told the responding officer: “There’s a little Black woman, walking, spraying stuff on the sidewalks and trees on Elizabeth and Florence. I don’t know what the hell she’s doing, scares me though.” He added that the girl was “real tiny” and had a hood on. 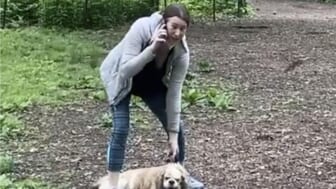 Joseph, who said police sent her a recording of the call, lambasted Lawshe’s use of certain descriptors.

“It is sickening and scary to hear my neighbor use triggering words that have resulted in the deaths of too many Black and Brown children and adults at the hands of police. ‘Black,’ ‘hooded’ and ‘I’m scared’ – those are trigger words,” Joseph said.

According to the outlet, Lawshe has lived across the street from Joseph for nearly eight years and has served as co-chair and treasurer of the town’s Republican Party.

Joseph said Lawshe has not spoken to her since the incident, and declined to meet with her at the police station for an in-person dialogue about the incident mediated by Caldwell police.

During the meeting, also attended by Bobbi and her 13-year-old sister Hayden, Caldwell Mayor John Kelley apologized for the traumatic experience Bobbi faced.

“I’m troubled by it and I am so sorry your daughter had to experience that and thank you for sharing,” he said. “This is not something that is a part of Caldwell, it’s just not. It saddens me and I’m glad you shared this with us and with the public.” 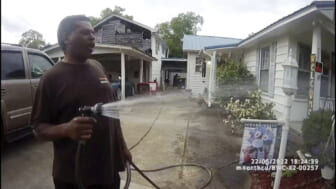 Since the incident, Joseph said the West Caldwell Police Department invited her and Bobbi to tour the station and talk more about police’s role in the community.

She said during the meeting that she hopes the town can learn from her daughter’s story about the importance of collectively creating anti-racist environments, according to The Progress.

“Based on everything that has transpired, I am concerned and outraged. I want this to be a teachable moment for our town on racial bias, diversity, equity and inclusion and how we together can ensure going forward little black and brown children in this town can feel safe in this community,” she said.