13-year-old dies after being shot while raking leaves

Police are offering a reward of up to $25,000 for information that will lead to an arrest.

Police in Prince George’s County, Maryland are searching for suspects in connection with the fatal shooting of 13-year-old Jayz Agnew who was doing chores outside of his family home, WTOP News reports.

The eighth-grader was shot in the head around 5:20 p.m on Nov. 8 while raking leaves in front of his house in the Hillcrest Heights area, according to The Washington Post. He was transported to a local hospital in critical condition. He died Friday evening.

His mother Juanita Agnew told NBC News 4 that Jayz’s father found him injured on the ground after hearing the gunshots.

“My greatest fear is my son will not get justice,” Agnew, 36, told The Post. “My house is in close proximity to the elementary school so this could have happened to any of the neighborhood children.”

The family started a GoFundMe for “help with legal and investigative expenses.” The post also states, “Our Jayz is a loving gentle child. His only squabbles are with his little sister Aaliyah over video games.”

Agnew described Jayz to WJLA as “very, very playful. That’s one thing I know that bothers me because I can’t even think of the fact somebody wanted to hurt him.” 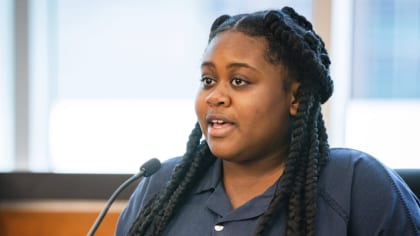 Also Read:
Iowa teen who killed rapist being held in jail after escape

She told The Post that her son, a video game player and aspiring emergency room doctor, was “obedient” and didn’t act in a manner that would “cause anyone to be angry at him.”

In a statement, Aisha Braveboy, the county’s state’s attorney, said police have not yet identified a shooting suspect. She also called for an end to the senseless, random acts of violence.

“We are heartbroken to hear that on November 11, 13-year-old Jayz Agnew was pronounced clinically dead after clinging to life in the hospital since Tuesday,” Braveboy said, WTOP News reported. “Too many beautiful lives have been taken away from families and our communities. Those who have been senselessly killed are not simply numbers, they are sons and daughters, mothers and fathers, friends, mentors and caretakers, all who are valuable to our communities.” 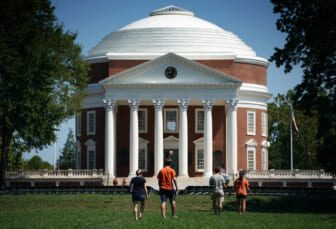 Meanwhile, the Agnews are concerned about their safety. “We are not staying in our residence because I’m scared,” Agnew told NBC News 4. “I’m scared to go back to my house, and I don’t want to have to relive that every single moment. So it’s really hard for us.”

Police are offering a reward of up to $25,000 in the case for information that leads to an arrest and indictment, WJLA reported.