OPINION: The Democratic senator has a long record of public service, fighting for racial justice and working to improve the lives of the people of Georgia. His opponent — Herschel Walker, who is backed by Donald Trump — has no such record. 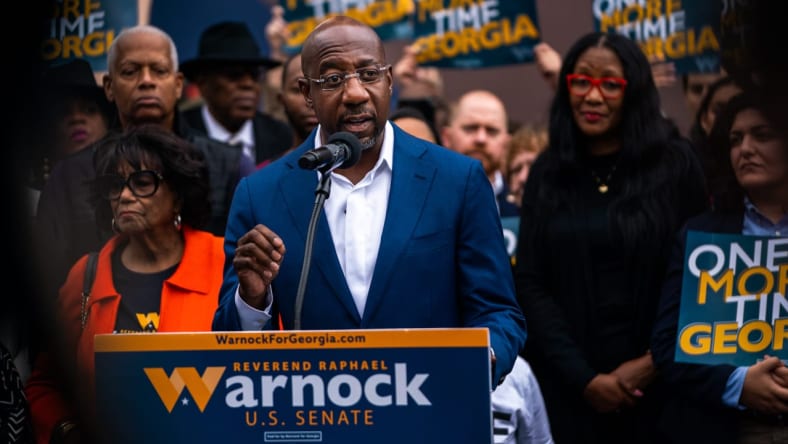 Just as you can’t judge a book by its cover, you can’t judge a political candidate by his or her color. While both U.S. Senate candidates competing in the Dec. 6 runoff election in Georgia — Democratic Sen. Raphael Warnock and Republican and former football player Herschel Walker — are Black, they have little else in common.

Warnock received 49.4 percent of the vote in the Nov. 8 midterm election, while Walker received 48.5 percent. A Libertarian candidate received 2.1%. Georgia law requires a runoff election between the top two finishers if no candidate reaches the 50% threshold. 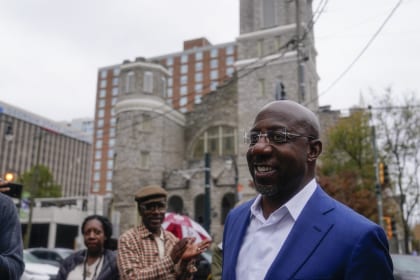 Since joining the Senate in January 2021 after winning a special runoff election for an unexpired term, Warnock has built an impressive record and deserves election to a full six-year term.

On top of this, Warnock has an inspiring life story and a solid-gold résumé. He is one of 12 children, grew up in public housing, graduated from HBCU Morehouse College and earned two master’s degrees and a Ph.D. at Union Theological Seminary.

For more than 16 years, Warnock has served as senior pastor at Ebenezer Baptist Church in Atlanta, where the Rev. Martin Luther King Jr. preached. The senator earlier served as a pastor in churches in New York City and Baltimore.

In addition to his work in the ministry, Warnock has a long record of public service, fighting for racial justice and working to improve the lives of the people of Georgia. Walker has no such record.

Walker has lied about his academic record and business record. He has been accused of violent behavior and threatening his ex-wife’s life. He has been accused by two former girlfriends of pressuring them to get abortions and paying for the procedures — despite his stated opposition as a candidate to abortion rights. He denies many of the allegations against him.

Alarmingly, Walker has repeatedly shown that he lacks even a basic understanding of how government operates and the issues that come before a senator.

Former President Donald Trump remains a strong supporter of Walker. In announcing Tuesday night that he is running for the 2024 Republican presidential nomination, the defeated and twice-impeached former president urged Georgians to “get out and vote for Herschel Walker.”

Trump and other Republicans back Walker because they consider him to be a reliable supporter to carry out Trump policies and had hoped he would help them capture majority control of the Senate.

However, Democrats retained their Senate majority in the midterm elections, capturing 50 seats in the 100-member chamber, with Vice President Kamala Harris able to cast tie-breaking votes. That margin is too close for comfort. They need Warnock to join their ranks.

If Warnock is reelected, he will play an important role in helping Democrats pass bills to improve the lives of Georgians and all Americans. Walker would have far less ability to help pass legislation as a member of the Republican minority.

At this point, it’s unrealistic to think many voters who supported Warnock in the first round of voting will vote for Walker in the runoff, or that many Walker voters will cast ballots for Warnock. So voter turnout will be the key to victory on Dec. 6.

Trump recruited Walker and helped him get the Republican Senate nomination because Walker embraced Trump’s false claim that he was reelected president in 2020 and because Trump cynically believed Walker would attract the support of Black voters who would otherwise back Warnock.

About 33 percent of eligible voters in Georgia are Black — the third highest percentage in the nation, following 46 percent in the District of Columbia and 35 percent in Mississippi. Warnock needs as many Black votes as possible because we have to expect Walker will again capture the majority of white votes.

There’s no doubt that if there is heavy white voter turnout and low Black voter turnout in the runoff, Walker will become the next senator from Georgia. Black voters must not sit out the election and let that happen.

Warnock will provide outstanding representation in Washington for all Georgians 365 days a year for the next six years if he is reelected. He needs voters to mail in their votes or turn out on one day at polling places to give him that opportunity. 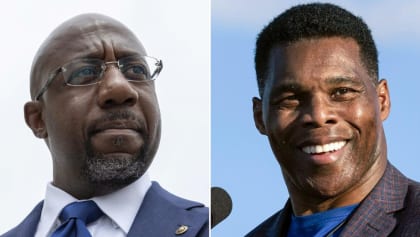 I understand that millions of Americans are tired of political campaigns, endless ads, and voting again and again. With the holiday season coming up, most of us are eager to take a break and focus on faith, family, friends, food and football. Voting is not exactly a holiday tradition.