In a press conference Sunday, Irving still did not completely distance himself from the thesis of the film that led to his eight-game suspension.

NBA player Kyrie Irving returned to the court with the Brooklyn Nets after an eight-game suspension Sunday, and the mix of reactions varied as Black Hebrew Israelites met outside the arena to show their support for the team’s star guard.

According to Sports Illustrated, Black Hebrew Israelites gathered in large numbers outside the Barclays Center ahead of Irving’s homecoming, when the Nets beat the Memphis Grizzlies 127-115.

According to SI, Boston Celtics’ Jaylen Brown supported Irving as well, quote-tweeting a video of the group early Sunday afternoon with the word “Energy.” Hall of Famer and former Celtics star Isiah Thomas responded to the same video before deleting his tweet.

Brown has reportedly voiced his support for Irving during his entire suspension. While it’s evident that was the plan with his Twitter message, he made clear in a tweet yesterday that he misunderstood what the Black Hebrew Israelites literally stand for.

“I was not aware of what specific group that was outside of Barclay’s Center tonight,” Brown shared. “I was celebrating the unification of our people welcoming the return of Kyrie to the court, first glance I thought it was a known fraternity the (C/Que’s) Omega psi phi (step’n) showing support.” 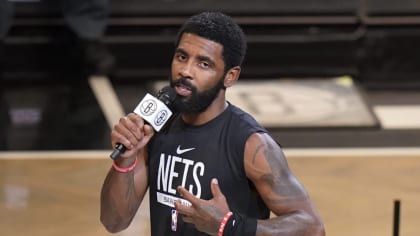 The Black Hebrew Israelites movement, which has its share of controversial beliefs, is classified as an extremist group by the ADL. It’s noteworthy that Brown ceased working with Donda Sports Group after Kanye West, the agency’s founder, made antisemitic remarks.

According to CBS Sports, the Nets suspended Irving on Nov. 4, a week after he shared a link to “Hebrews to Negroes: Wake Up Black America,” an antisemitic film, on social media. He initially refused to apologize or say he doesn’t hold antisemitic beliefs, but he later expressed regret to the Jewish community for causing “hurt.” Still, in a press conference on Sunday morning, Irving did not completely distance himself from the film’s thesis.

In response to a reporter asking his views on the beliefs expressed in “Hebrews to Negroes” that Black people are the “real Israelites from the Bible,” Irving said, “Well, that was the intent when I was watching the movie, was to have a deeper understanding of my family heritage and where I come from.”

He added that he meant what he said in his apology about not wanting to harm anyone or their community. 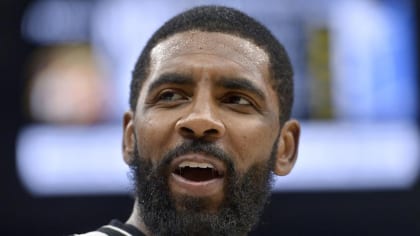 “To learn about the lost tribes of Israel, to learn about Black history in a way where it’s not degrading anyone else’s history is important to me,” Irving claimed, according to CBS Sports.

As reported by SI, Amazon’s “Hebrews to Negroes: Wake up Black America” asserts that Jewish people lie about the Holocaust and their identity and engage in a secret “plan for world domination.” Not all Black Hebrew Israelites hold controversial views like these, but Radical Hebrew Israelites are a subset of the group, and they believe antisemitic conspiracy theories.