Barbados may ask politician to pay reparations for slavery

The government of Barbados could make a wealthy Conservative member of parliament the first individual to pay for his ancestors’ role in slavery, The Guardian reports.

The country’s leaders are considering taking legal action against Richard Drax, 64, whose family invented the plantation system and played a pivotal role in expanding slavery and sugar in the Caribbean and the United States in the 17th century. The family also owned a plantation in Jamaica that was sold in the 19th century.

When slavery was abolished across the British Empire in 1833, the Drax family reportedly received over $4 million (in British pounds) for freeing 189 enslaved people, The Daily Mail reports.

Since becoming prime minister of the country in 2018, Mia Mottley has made slavery reparations the focus of her agenda, according to The Daily Mail. The case against Drax marks the first time Caribbean officials have singled out a wealthy white individual for reparations payments. 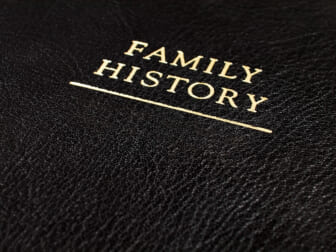 “The case against the Drax family would be for hundreds of years of slavery, so it’s likely any damages would go well beyond the value of the land,” said Barbados MP Trevor Prescod, chairman of Barbados National Task Force on Reparations, The Guardian reports.

The country’s politicians have threatened Drax with legal action if he refuses to comply with their demands including turning the island’s 17th-century Drax Hall into an Afrocentric museum and social housing for low-income families. Drax could be on the hook to pay for some of the refurbishing work.

Prescod said, “If the issue cannot be resolved, we would take legal action in the international courts.”

“The Drax family had slave ships. They had agents in the African continent and kidnapped [B]lack African people to work on their plantations here in Barbados,” Prescod added.

“It is now a matter that is before the government of Barbados. It is being dealt with at the highest level,” said David Comissiong, the Barbados ambassador to CARICOM (countries in the Caribbean community) and deputy head of the reparations task force.

Comissiong noted that “Drax is fabulously wealthy today” and that the Drax family “is the central family in the whole story of enslavement in Barbados.” 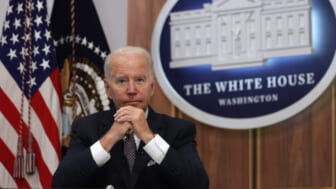 “They are the architects of slavery-based sugar production. They have a profound historical responsibility,” Comissiong said.

Drax is not the only family whose forebears benefited from slavery; the British royal family is also being evaluated, according to Comissiong.

“Other families are involved, though not as prominently as the Draxes. This reparations journey has begun. The matter is now for the cabinet of Barbados. It is in motion. It is being dealt with,” Comissiong said.