Details of Sunday's shooting are still unfolding, but it appears none of the victims were Florida A&M University students.

A mass shooting on the campus of Florida A&M University over the weekend left one man dead and four other people injured. Though details of Sunday’s shooting are still unfolding, it appears that none of the victims were students of the HBCU.

The Tallahassee Democrat reports that the shooting occurred around 4:30 p.m. Sunday at an outside basketball court at the Hansel Tookes Student Recreation Center, according to statements made by the Tallahassee Police Department.

The victims were rushed to a hospital, but one man succumbed to his wounds, TPD spokesperson Heather Merritt confirmed.

The surviving victims are three men and a 16-year-old boy, whose injuries range from serious to minor. All remain hospitalized.

FAMU president Larry Robinson issued a statement Sunday night in the wake of the tragedy, seeking “to assure the FAMU community the shooting incident that occurred on campus is not an ongoing threat to the University.”

“The safety and security of our students, and the campus is our highest priority,” Robinson continued. “The FAMU Campus Safety Department is working with the Tallahassee Police Department as the investigation continues. Our thoughts and prayers are with the victims and their families.” 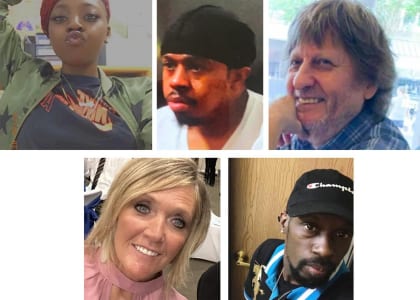 According to the TPD, officers and investigators have yet to arrest anyone in connection with the shooting.

FAMU students were cautioned to shelter in place in a campuswide alert informing them that an active shooter was on the school grounds. The shelter-in-place order was lifted at 8 p.m.

TPD is leading the investigation, with FAMU’s police department assisting.

According to the Gun Violence Archive, which tracks mass shootings nationwide, 617 such shootings have taken place this year. Another mass shooting in Tallahassee just weeks ago left one person dead and eight others injured.