The legislative action staved off what could have had a devastating impact far beyond the rail industry.

President Joe Biden on Friday signed into law legislation to avert a rail shutdown after the Senate joined the U.S. House of Representatives on Thursday in a rush to prevent a national rail workers’ strike. The legislative action staved off what could have had a devastating impact far beyond the rail industry.

In his remarks before signing the bill, H.J. Res. 100, Biden said, “We have spared the country a catastrophe.” Acknowledging that the bill does not go as far as some had hoped, he added, “I know this was a tough vote for members of both parties; it was tough for me.”

During his bilateral press conference on Thursday with the President of France, Emmanuel Macron, in the White House East Room, the president touted his administration’s role in the negotiations between rail companies and unions and named the “good things” in the deal despite the Senate not approving 7 days of paid sick leave.

“I negotiated a contract no one else could negotiate. The only thing that was left out was whether or not it was paid leave,” said Biden. “In the meantime, they got … 45% increase in salary, et cetera.”

The rail workers will see a 24% pay increase over five years. However, the rejection of the paid leave has angered some workers.

House Speaker Nancy Pelosi, in a written statement, noted that Congress, under the Commerce Clause of the Constitution, “has the authority and responsibility to ensure the uninterrupted operation of essential transportation services and has in the past enacted legislation for such purposes.”

The sticking point in negotiations to reach a labor agreement was paid leave for union workers, even after the president negotiated an initial deal in September to avert a previous shutdown.

During the press conference with President Macron, Biden told reporters he wanted paid leave for “everybody,” however, Senate Republicans were the hold up as they “voted against it.”

“We’re one of the few nations of the world that don’t have paid leave for our workers,” he noted.

If a rail strike had not been averted, it was expected to have “a grinding effect on the economy” beyond unionized rail workers.

On Wednesday in the White House briefing room, press secretary Karine Jean-Pierre answered a question from theGrio about what the “hurt“ would look like if a strike were not averted.

The presidential spokesperson warned that “Class 1 railroads [would] likely begin to notify their customers of the wind-down process. Just the announcement would disrupt supply chains as companies begin to reschedule shipments from rail to truck.” 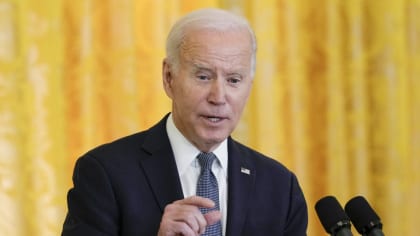 Jean-Pierre went on to describe the ripple effect of what that action could have had.

“Railroads [would] begin to refuse to transport hazardous materials, like chemicals necessary to treat drinking water and wastewater,” she explained. “Oil and gas refineries, unable to ship out hazardous byproducts, will stop producing diesel and gasoline, creating supply constraints.”

The potential disruption could have also impacted the auto sector with disruptions as soon as this weekend. Jean-Pierre reminded reporters that the last time there was a threat of a strike, the railroads began refusing to transport automobiles about a week ahead of the shutdown deadline.”

Several months ago, the Biden administration frantically tried to broker a deal between rail companies and union organizations. Within that deal, workers were expected to get a 24% raise and, for the first time, medical leave and medical time off.

President Bident and Labor Secretary Marty Walsh feverishly worked on the negotiations to avoid a strike that would further send the supply chain into disarray and impact everything from agriculture and business to customer goods and services.

The International Association of Machinists and Aerospace Workers rejected the tentative agreement and voted in favor of a strike. However, the trade union agreed to hold off on striking while other unions continued their negotiations.

At that time, Marc Morial, president of the National Urban League, told theGrio that the efforts between all parties involved in the labor negotiations led to a “fair settlement.” He noted that a strike could have been devastating for Black workers and businesses. And that the tentative agreement was “good news.” 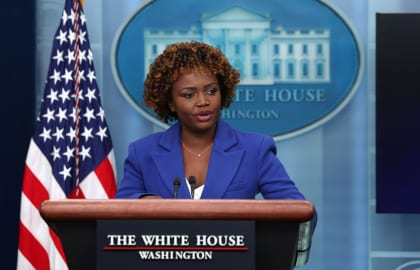 “A strike when the economy is recovering could have had a cascading effect and prompted job losses that would disproportionately affect Black workers and businesses,” said Morial.

Urban cities like Baltimore would have felt the impact of a strike. Baltimore City and its surrounding area rely heavily on CSX rail for goods and Amtrak for passenger and goods transportation.

In September, U.S. Rep. Kweisi Mfume, D-Md., told theGrio, “Kudos to President Biden, Secretaries Marty Walsh, Pete Buttigieg, and all of the men and women of organized labor for putting the country first and working out this historic agreement.”

He added, “Our supply chain is protected, our economy can continue to get stronger and our workers are secure.”