If there’s a face of the bold new frontier of name, image and likeness (NIL) at the high school level, it might as well be the 17-year-old Williams, who is a senior point guard at San Diego’s La Jolla Country Day.

It’s the middle of the afternoon and Jada Williams begins a live stream on Instagram. In a heartbeat, more than 1,000 of her 671,000 followers join the broadcast and begin typing in questions and comments.

Williams does her best to follow along as the comments and questions scroll past. She laughs and interacts with fans, whether the topic is her basketball career or what shoes and clothes she should wear on an upcoming trip.

If there’s a face of the bold new frontier of name, image and likeness (NIL) at the high school level, it might as well be the 17-year-old Williams, who is a senior point guard at San Diego’s La Jolla Country Day. Engaging and charismatic, she constantly updates her feed with photos and videos from her 6 a.m. basketball workouts, anything to do with her high school team and women’s hoops and her flair for fashion.

Social media is a big part of NIL, which allows athletes to get paid without jeopardizing their eligibility. There are certainly bigger names in the prep ranks, like Bronny James, the son of LeBron James, and Arch Manning, the third generation of the first family of quarterbacks. James has more than 10 million followers on social media and Mikey Williams of San Diego’s San Ysidro High and a Memphis commit has more than 5 million.

Jada Williams has been a fixture on social media since she was 11 and stands out because of her flair for engagement. With the advent of NIL, she has parlayed her basketball skills and social media presence into six major endorsement deals that bring in a total of six figures a year. Among them are Spalding, Gym Shark and Move Insoles, which was cofounded by NBA star Damian Lillard. 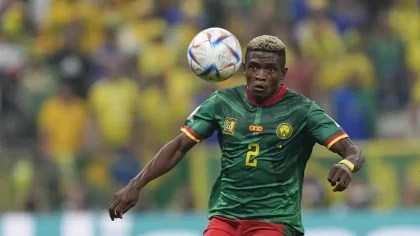 She moved with her mother, Jill McIntyre, and an older sister from a Kansas City suburb to enroll at the same high school that counts WNBA star Kelsey Plum among its alums, and take advantage of California being the first state to allow high school NIL.

Williams’ videos of crazy basketball shots first got her noticed on social media and ultimately led to endorsement deals.

“As a young kid everyone just expected the boys to do all the crazy stuff,” Williams said. “I was doing 360 layups and between-the-legs layups and people haven’t seen that from a girl. It made a lot of people realize, ‘Oh my.’

“So then a lot of girls started doing it and then we just all created a women’s basketball community that we’re now fighting for to get equal rights and stuff. It’s kind of cool to see.”

Williams began mixing in her interest in fashion. “I am Jada without basketball as well,” she said. “And then it kind of took on a life of its own. I had to get used to it at a young age. But now it’s something fun. I don’t stress out about it but it also does help me get a lot of endorsement deals. That’s my platform that I use to kind of spark that.”

She decommitted from UCLA and then committed to Arizona late in the summer, announcing her decision during an Instagram live. At one point, she had some current Wildcat athletes join her.

One of her former club coaches, James Parker, remembers seeing up to 60 kids gathered along one baseline at a game a year ago, all hoping to meet Williams. She’s managed not to be overwhelmed by the attention, saying she considers her social media followers more like family than fans.

“That’s kind of how I got here, and so I make sure I continue to thank them because they’re also following me,” she said.