OPINION: I did not like Common’s fifth album when it was released in 2002; will listening with 2022 ears change my perspective?

On Dec. 10, 2002, Common (born Lonnie Rashid Lynn) released his fifth studio release, “Electric Circus.” Coming on the heels of arguably his best release, 1999’s “Like Water for Chocolate,” anticipation was very high for the album. That was until the first single, “Come Close,” a Neptunes-produced, Mary J. Blige-assisted radio record with a video that had “ladies love Common” written all over it. I’m not even saying that the song is terrible; it just seemed like such an obvious chart chaser that it caught me off guard. It was actually quite genius from a visual standpoint. The video is instantly memorable, even from 20 years ago. The colors, the lyrics on signs, the deaf woman in the window to whom he is proposing in the most adorbs way possible. It wasn’t exactly a chart banger, but it definitely tee’d up the album and had folks like me wondering just what in the world kind of album we were getting.

It wasn’t surprising that Common started with the lady jam as his first single; his highest charting single, “The Light” from “Like Water for Chocolate” was a revelation. The Dilla-produced single was a hit on the charts and in the streets; you couldn’t escape “The Light” if you wanted to as it was both heartfelt and lyrically sound. It was the version of Common that had the dudes able to listen and turned him into a sex symbol, with an endearing video featuring his rumored belle at the time, Erykah Badu (also the target of the song “Come Close.”) Point is, Common seemed like maybe he was stepping into a whole new lane of music. 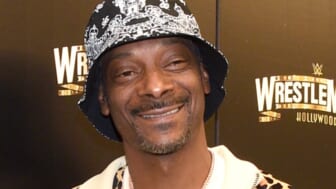 While Common’s aesthetic was clearly undergoing a change, “Like Water for Chocolate” didn’t feel like a tremendous departure from the Common we knew and loved. Sure, many of us clowned the knit pants and thrift-store chic fashion stylings he’d turned to, but we’d been down this road before: we all credited Erykah Badu with impacting every facet of André 3000’s presentation both stylistically and musically. Common just seemed to have been similarly impacted. With Outkast, we got an extremely ambitious undertaking in 1999’s “Stankonia,” an album that reinvented the group with forays into funk and rock, and to that point, contained some of Outkast’s highest charting (“Ms. Jackson”), most ambitious (“B.O.B.”) and coolest (“So Fresh, So Clean”).

Was that what we were about to get with Common’s “Electric Circus”? While the Dilla, Questlove and Neptune’s-helmed project got pretty favorable critical reviews, the conversations being had in hip-hop spaces weren’t all that favorable, hence the album being polarizing. Some folks loved the ambitious nature of the album, with Common and team similarly leaning into the funk and rock aesthetic of Parliament Funkadelic that seemed to have so positively inspired Outkast’s “Stankonia” album.

In 2002, I absolutely hated this album for a few reasons; I thought Common sounded terrible over the beats, which I similarly thought were lackluster. I thought it felt contrived and pretentious and, like, obvious. Lyrically, I also thought Common had lost a step; sure he had some bite, but it also didn’t even seem to fit the sound of the album. Common’s “battle rap” approach (that’s what he sounded like to me on many of the records) just didn’t seem to fit or make any sense with the soundbeds; they seemed to conflict way too frequently. In fact, the only song I remembered liking was the record with Jill Scott, “I Am Music.” 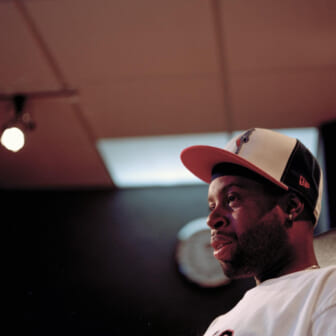 I’ve probably had hundreds of discussions and debates about this album since then. Were those of us who hated it too harsh? Were we stifling Common’s creative growth and expression? Was I the problem and not the album? I’ve had people tell me the album is phenomenal and others who still think it’s a bad album that Common was trying too hard to make work. So I decided to do what any self-respecting fan of both Common and hip-hop would do, I revisited the album with 20 years of music and perspective to bolster my listening.

And you know what?

I still feel roughly the same.

Musically, I’m not as bored with the album as I was in 2002 when my hip-hop musical tastes and listening were a lot more biased. Though that doesn’t entirely comport; I loved “Stankonia” though Outkast is easily one of my favorite groups of all time. I suppose I was biased enough to give anything they did a chance; to wit, “The Love Below” is still a beautiful masterpiece to me and that was also a very polarizing piece of music. Either way, I find the music itself more interesting now than I did then, though I still don’t find it that compelling. But there are some musical moments of joy for me, though I still don’t have any songs that I view as standouts aside from the aforementioned, “I Am Music.”

What I will say is that I think “Electric Circus” is creatively ambitious and would probably be more interesting if “Stankonia” didn’t already exist since I find a lot of the ideas, sounds and even concepts to be extremely derivative of that album though less well-executed. Common and crew experimented with a lot of sounds and textures, though again, not really in a compelling way. In fact, the thing that I think makes the album not curl over for me is the lead artist: Common. I don’t think he fits, at all, over the vast majority of the album. It all feels forced. And most of that is in the execution.

There’s a version of many of the songs where the lyrics are performed less aggressively and more in line with the sound of the music as opposed to just on top of it, which is what it all sounds like to me. It sounds like Common showed up when the songs were done and just rapped on top of them and moved on, which is my criticism of him as an artist in the latter part of his career. This might be that I just don’t think Common is an artist; he’s a rapper, and that makes a big difference when you’re getting experimental. Also, it’s fine to just be a rapper, but when you step into other lanes the limitations feel clear, and that’s where “Electric Circus” falters in 2022 just like it did in 2002. The punchlines still feel contrived, the vocal performance still feels forced and the music itself is still not that compelling.

Critically, I understand why in 2002 it was lauded; but I also think it was given a lot of praise for being a hip-hop album going experimental. As a body of work, I don’t think it was ever that great and I still feel that way. At the same time, for Common, a legendary artist who has managed to remain relevant in various capacities over his entire career, I do think it’s great that he has some albums where he tried something new; even if you try and don’t succeed, the attempt does count in music. And for what it’s worth, I’m sure there are as many people who love it (then and now) as there are those who don’t love it. I can appreciate the attempt.

The universe all works itself out in the end. Electric wire hustle flower…out.