Leilla Hamoud was escorted out of her classroom in handcuffs after an argument with a professor.

Winston-Salem State University is investigating an incident featured in a viral video that occurred in a classroom as campus police arrested a student.

The incident happened on Wednesday morning when a female student, identified as Leilla Hamoud, and her professor whom Hammed identified as Cynthia Villagomez, became embroiled in a disagreement. A faculty member, who was not involved in the incident, called the authorities.

Another student recorded the arrest in a video on Wednesday that circulated widely online. It shows two officers restraining Hamoud as they arrest her. While the officers held her down, she pleads with them. “I’m not resisting; ya’ll hurting me really bad bro. Please get off of me.”

In the video, other students are recording the incident as well, vocally supporting their classmate and chastising Villagomez for allowing this to happen. The professor is heard saying, “I’m trying to de-escalate.”

Hamoud repeatedly tells the professor she hates her. “You getting me taken out in handcuffs ’cause I won’t apologize?” she says. Villagomez makes several comments, but it’s unclear what she’s saying because many of the other students are simultaneously criticizing the professor’s actions. The officers walk Hamoud out of the classroom. 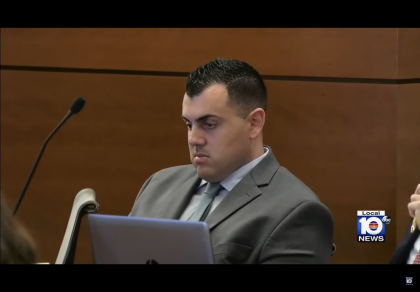 Hamoud was released shortly after her arrest and is facing a misdemeanor charge for disorderly conduct. She has a Jan. 25 court appearance. In a now-deleted video on her Instagram account, she explained what happened:

“Basically we had a group project assigned as a final,” Hamoud says in the video, which was partially reposted. “We had to write a paper, and we had to also make up a skit for us to present. It was seven of us.” She goes on to say that she did most of the work for this assignment and turned it into the professor.

Hamoud noted that it took her more than two weeks to complete the assignment, but six hours before her group was to make the class presentation, Villagomez informed her that the essay was wrong and that she needed to revise it. Hamoud refused, pointing out the time she had dedicated to complete it and that she was not given enough time to make revisions. This is what led to the disagreement in the classroom.

In a press statement, the university chancellor said the school is looking into this incident, while also stressing that the police involvement was strictly used in accordance with campus policy.

“We understand that the weaponization of police is a prevalent problem in our community; however, that is not what happened in this incident,” Chancellor Elwood L. Robinson said in the statement. 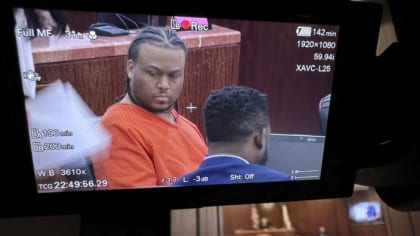 Continued Robinson, “We know this situation has caused a great deal of trauma to those involved and our campus community at large, but please know that every available resource is being extended to bring a resolution.”