The acclaimed journalist’s honest and unflinching account of her life in her new book is an inspiring reminder that you can overcome trauma and live your wildest dreams.

Jemele Hill is cool, confident and collected whenever you see her at work. The popular personality built a successful career covering sports, working her way from the pages of newspapers to millions of TV screens across America. Now, the acclaimed journalist and host of the “Jemele Hill is Unbothered” podcast on Spotify is telling her life story in a new memoir, “Uphill.”

“Uphill” is riveting from the start because of Hill’s vulnerability and willingness to open up about her relationship with her mother, a charismatic yet complicated figure in her life. Hill’s mother struggled with drug addiction throughout her childhood and the family moved multiple times across the country before settling back in their home territory of Detroit. Hill details how her mother was sexually abused as a child and not believed by her own family, a deep injustice that contributed to her experimenting with drugs as a way to cope. 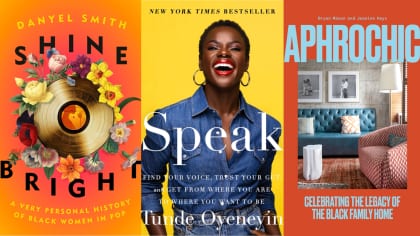 Her mother’s addiction is heartbreaking and painful, but Hill gives insight into the world of a high-functioning victim of substance abuse. It’s not the stereotypical image you see on TV, but a real look at how everyday men and women battle addiction while going to work and raising families. Hill’s mother is intelligent, attractive, desired by numerous suitors, and tries to keep her daughter safe in a world full of harm, despite her own risky behavior.

In one particularly unforgettable anecdote in the book, Hill recalls how as a teen while she was sleeping over at a friend’s house, the friend’s relative tried to rape her. Hill fought back using everything she remembered her mother telling her (and without giving too much of the book away), her mother’s reaction to the attempt, lets you know her momma was intent on trying to break generational curses. This dynamic is what made Hill and her mother’s first appearance together on Jada Pinkett Smith’s “Red Table Talk” especially powerful. They show us how love and healing are still possible in our most trying relationships.

Even with the trauma of addiction and her mother’s separation from her father, Hill still had bright moments during her childhood, leading her to find solace in writing.  “Uphill” depicts the makings of a true journalist who is committed to reporting and analysis rather than just looking pretty on TV and raking in million-dollar contracts. That distinction plays out as Hill moves up in the ranks of network sports at ESPN and sees that not everybody who makes it in TV is necessarily qualified to do the craft — sometimes they just have the look. 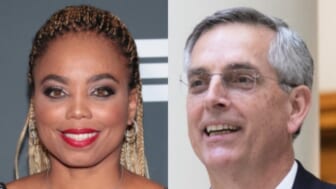 Nevertheless, Hill finds her footing, stepping out of her comfort zone and making TV appearances, her natural aura shining and garnering her some fans and some haters — and one of her biggest just so happened to be the 45th president of the United States.

Hill explains how she dug deep to find her own truth after ESPN suspended her in 2017 for calling Donald Trump a white supremacist on Twitter. She describes the dramatic internal fallout and how the incident ultimately inspired her to leave the network on her own terms. All of her insider insights into the politics of media, sports, negotiating contracts, and network television reveal that Hill was climbing challenging professional terrain, making her success even more remarkable. 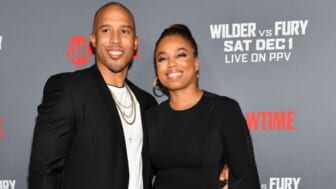 Just as important as Hill’s depictions of her childhood and career journey are her journey with love and romantic relationships as a Black woman. As easy as it could be for Hill to justify keeping certain parts of her personal life private, the truth is Black women in the public eye deserve and will experience love even as they ascend to various career heights. Our choices and mistakes impact our mental and emotional health. Hill’s ability to be raw and real about everything from unplanned pregnancy to knowing when to let a man go, will be a gift to younger women who don’t need perfect role models, just honest ones.

Full of engrossing anecdotes and reflections that put you in the front row of a fascinating transformation of a girl into a woman owning her power, “Uphill” is a book that, like its author, is straightforward and necessary. While many aspects of Hill’s life and career may have been an uphill climb, she gives readers a reason to believe that the views from the top of the peak, make the entire trek worth it.

Natasha S. Alford is VP of Digital Content and a Senior Correspondent at theGrio. An award-winning journalist, filmmaker, and TV personality, Alford is author of the forthcoming book “American Negra.” (Harper Collins) Follow her on Twitter and Instagram at @natashasalford.