Congresswoman-elect talks with theGrio about her historic election, being an introvert in politics and why "we need to hear the voices of Black women."

In less than two weeks, U.S. Representative-elect Summer Lee will be sworn into Congress as the first Black woman to serve the state of Pennsylvania in the U.S. House of Representatives.

Lee, 35, said she’s “still feeling it” after making history this November when she was elected to represent the Keystone State’s 12th Congressional District.

“I think about all of the Black women through the history of this commonwealth — one of the original 13 — to have never had representation, it’s a responsibility that I feel,” the soon-to-be congresswoman told theGrio.

Lee, who has served in Pennsylvania’s State House of Representatives for the past four years and her fellow members on Capitol Hill, will be sworn into the 118th Congress on Jan. 3. The Howard University Law School graduate is joining a diverse freshman class, including fellow progressive Maxwell Frost, 25, who made history as the youngest and the first member of Generation Z to enter Congress.

The Pittsburgh native says she is ready to “fight” for those on the margins when she officially starts her first term. “I’m somebody who is going to come and show up and really put on for Black and brown folks [and] for working folks, with every breath that I have,” she said. 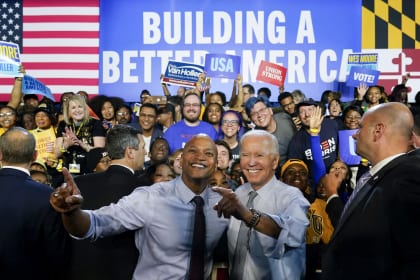 Lee also wants to bring along those who, like her, may not always fit the mold of what people expect in elected officials. In November, during freshman orientation on the Hill, the congresswoman-elect opened up on social media about navigating the halls of Congress as an introvert.

“Congress/politics is not a safe space for introverts,” she tweeted on Nov. 19. “Definitely an extrovert advantage in this world.” Lee tells theGrio she felt it was important for her to be honest about her experience on Capitol Hill.

“People expect us to be constantly performing, constantly outgoing,” she explained. “Orientation was a lot of socializing. It’s a lot of networking. It’s a lot of you have to get to know everybody and make new friends immediately. And for those of us who maybe aren’t used to or maybe uncomfortable navigating that way, it can be really, really jarring.”

Lee said she wanted to show that “folks who are suited for public office aren’t just your extroverts” or someone who “runs into the middle of the crowd.” She added, “[There] has to be grace for those of us who have a little social anxiety … those of us who, you know, maybe we are not the small talkers, but we want to do the big talk and we want to get to the big policy.” 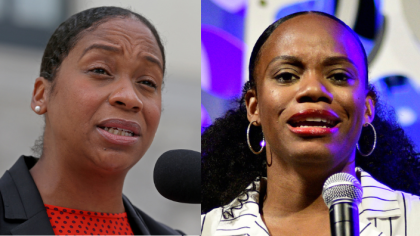 Also Read:
6 wins for Black women in midterm elections that might’ve gone under the radar

While the young Democrat supports progressive policies like The Green New Deal and Medicare for All, Lee will be joining a small, but growing faction of the Democratic Party, including U.S. Rep. Alexandria Ocasio-Cortez and members of “The Squad.” She’ll also be entering the new U.S. House as part of the minority party, as Republicans will control the majority. Lee believes her experience in the minority in the Pennsylvania State House has already prepared her for how to navigate the next two years.

“I think that is going to be uncomfortable. There’s no getting around that,” she acknowledged. “But I think that there’s opportunity in those moments. The opportunities are going to be in how do we expand the realm of what’s possible within our caucus?”

She continued: “It’s going to be a really important agenda-setting moment for us. And I think that we need to hear the voices of Black women, who are often the ones who come to [be] the savior of our party.”

Lee said whether or not Democrats are able to respond to the “urgency” in responding to the needs of Black and other historically marginalized communities will ultimately determine whether voters will “propel [Democrats] either into the majority in 2024 or holds [them] back.”

Another factor in whether Democrats will be able to take back control of the House will be their ability to get their base of voters to the polls. The congresswoman-elect said she’s also concerned about the role of gerrymandering and the dilution of Black voters.

The Supreme Court earlier this year heard a pivotal case in North Carolina that could have broader implications to determine whether state legislatures get an absolute say in finalizing congressional maps, even if it conflicts with respective state constitutions or judicial review. Lee is particularly concerned about the issue of gerrymandering of state maps, which are crucial to determining voter representation in Congress.

“Gerrymandering is something that we tiptoe around, particularly as it impacts Black communities when we see or when we think about who gets to determine which communities have representation,” said the congresswoman-elect. “When I think about state legislatures who are already gerrymandering, we know that Black folks are less likely to be represented proportionally in our state legislatures.”

She continued, “We saw it not just in North Carolina. We saw it in Pennsylvania. We see it in Kentucky. We saw it in many different areas where Black women, in particular, were running for Congress. So, yes, it’s very concerning.”

Lee warned that in about seven years, congressional maps will be yet again redrawn based on reapportionment, which happens every 10 years under federal law. She says it’s important to ensure that Black communities are represented in the electorate and on the ballot.