The complaint accuses the former male coach of blackmailing the victim into recording a sexual encounter with him.

A former Coppin State University (CSU) basketball player is taking legal action against the school, claiming that an assistant coach sexually assaulted and blackmailed him.

As the Baltimore Brew reports, Ibn Williams thought he was speaking to a woman through social media when he sent her explicit texts and nudes of himself in the fall of his freshman year. What he didn’t know was that he was allegedly communicating with Lucian Brownlee, a former Coppin guard who also served as Director of Player Development and Director of Basketball Operations.

The complaint accuses Brownlee of manipulating Williams into sending nudes and racy texts. Additionally, Brownlee allegedly blackmailed Williams into recording a sexual encounter with him.

Williams reportedly “was enticed into sending images of himself to this person of a sexual nature that [he] believed were private and in the context of a developing romantic relationship,” the lawsuit says. 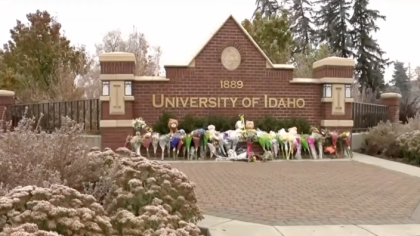 The complaint details how the blackmailer “ordered” the two men to have sex, which Williams initially refused. But once the fall semester began, Williams complied when the blackmailer demanded that he “record and send a video of Plaintiff and Lucien [sic] Brownlee engaging in oral sex,” according to the lawsuit.

Coppin’s head basketball coach, Juan Dixon, is also named in the complaint for allegedly failing to support Williams by taking appropriate action upon learning of Brownlee’s actions. Williams was also required to attend basketball practice as news of the incident rocked the university. 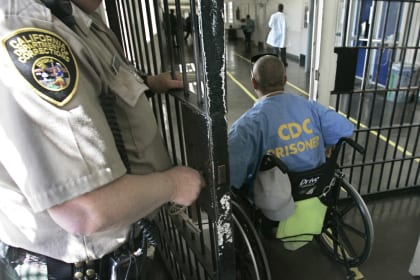 CSU is named in the complaint after officials retaliated against Williams by reportedly withholding his financial aid and housing, allegedly blaming the athlete for the negative media coverage in connection with the incident.

“The way he was treated was abhorrent,” Williams’ attorney, Daniel “Donny” Epstein, of the New Jersey law firm Epstein Ostrove, told the Brew.

Brownlee was a senior at CSU when Williams learned from him in the spring of 2019 that Brownlee also “exchanged sexual content with Plaintiff’s tormentor,” the lawsuit states.

When Williams refused to send more sexually explicit material, Brownlee leaked the content, the Brew reports. When the harassing texts continued through the 2018-2019 basketball season, Williams feared losing his scholarship and “his place in the basketball program, his tuition and room and board payments,” according to the lawsuit, so he “continued to respond to the person messaging him in a futile attempt to appease his tormentor.”

The back and forth between Williams and the blackmailer allegedly continued through March of 2020 until it apparently became clear by way of “information and belief” that Brownlee, who now is a coach, is the blackmailer, the complaint says.

CSU reportedly has an anti-sexual harassment policy but “took no action” to remedy the situation with Williams, according to the lawsuit.

“Our strong belief is that Lucian [himself] was the catfisher,” Epstein said.

Epstein believes the school should not have hired Brownlee because of his past issues with mental illness, about which the university supposedly was aware. “The coach should have known better than to put this person in a position of seniority,” he said.

Brownlee is reportedly no longer an employee of the university.

Williams ultimately finished his last semester at CSU remotely before he transferred to another university to complete his degree requirements,” Epstein said, according to the Brew.