This holiday season, I learned to not only ask my kids WHAT they wanted for Christmas but WHY?

OPINION: My son taught me a frustrating and expensive lesson on Christmas Day — with a smile on his face.

Christmas 2022 has come and gone ‘round the world, and if you celebrate and your house is anything like mine, remnants of Christmas lay spread out all over the place. I’m still finding pieces of wrapping paper in odd places, toys are already broken, and for those that aren’t broken, many are already missing pieces that while in the house are lost to the Next Big Cleaning Day. I’d call this Christmas a success on many levels.

Unfortunately, this Christmas also taught me an invaluable, expensive and supremely frustrating lesson courtesy of one of my boys. Allow me to share with you a story that allows my family’s frustration to illuminate a possible blind spot for future gift-giving occasions. Allow our trip and fall to help you grow wings and fly.

Also Read:
Christmas classics that should be on your holiday playlist (and the best renditions)

Like many families trying to discern what their kids might want for Christmas, my wife took my two oldest boys to Target one day and asked them to point out things they wanted Santa to bring as well as observed items that seemed to excite them. There were two items in particular that they seemed to like: individual “Wakanda Forever” Lego sets. They’re really quite something. “Black Panther” really has been the gift that keeps on giving.

Let’s back this train up a bit. Of my three kids who are old enough to be into Lego sets, two really enjoy building the sets — my daughter and my oldest son. My second oldest son is more into Lego sets in theory than practice. Like, he’ll ask for a set, but as soon as you start putting it together, he kind of loses interest. He’s more interested in the final destination than the journey, if that makes sense. He’ll play with the built item and the little Lego figures all day long, though. He loves Lego people. They bring him joy. This will figure prominently in about four to five minutes.

Anywho, so they both ask for “Wakanda Forever” Lego sets: one is the “Shuri Sunbird” ($49.99) set, and the other is the “Black Panther: War on the Water” ($89.99) set. They’re quite amazing sets that look amazing when assembled, at least according to the pictures. They also each come with several Lego figurines.

If you’ve put Lego sets together in the past, I don’t know, umpteen years then you know that there’s an order and method to putting them together. They provide you with numbered bags so that you can put sections together at a time that ultimately leads to the fully assembled final product. Now, you can just open all the bags and dump out all the pieces and have at it, but it will take longer since you’re going to be sifting through EVERY block. I accidentally did this a while back and well, it took me days to finish building something that I could have finished in some hours. Lesson learned.

Well, Christmas Day, the kids open their Lego sets and are excited and happy. And eventually, they disappear. We have a playroom on my house’s top level, and when I went to see about my kids, I noticed that one of the Lego boxes was open and the individual bags inside were all open with Lego pieces LITERALLY everywhere. Hundreds of blocks were all over the place without any rhyme or reason. I was confused and annoyed, and then I found my son in his room having opened the OTHER box and doing the same thing. He opened both his and his brother’s Lego sets and opened up each individual bag. Why? 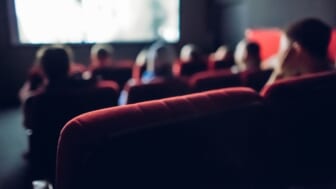 Also Read:
‘Wakanda Forever’ is No. 1 for 4th straight weekend

He wanted the Lego figurines inside of them so he could set up his own Wakanda with the people. He didn’t need the constructed sets because he had other toys he could use with them. As it turns out, he didn’t even want the Lego set, he just wanted the figurines, so he took them out of the bags. Both his and his brother’s sets are mixed up, rendering roughly $140 worth of Lego sets impossible for them to build because we’d have to go through doggone nearly ALL THE PIECES to find out which set they belong to. All because he just wanted the figurines. Also, he opened his brother’s set and dumped out all the bags because his brother’s set had ONE figurine he wanted.

Upset and frustrated don’t quite sum up how I felt when I discovered the why. He told my wife that he just wanted the people in the first place, but he needed the set to get them, so he told her he wanted the set. Lego pieces everywhere. Lego sets rendered useless. All because of some little Lego people I probably could have picked up from the Lego store.

So what was the lesson I learned here? I learned to ask WHY my kids want something along with WHAT they want. As soon as I asked him why he asked for the Lego set if he wanted the people, he literally repeated back, “I wanted the people.” Then he smiled and walked off. It’s Christmas, what could we do?

He wanted the people, fam. And now we’re $140 lighter in the wallet. Also, I think he lost the Lego people already.

Yeah. So next time you see your kid wanting something really expensive with a bunch of pieces, go on ahead and ask them if they want the whole thing or one particular piece. It might save you many dollars.

Thank you for coming to my Panama Talk.