How Pelé kicked off a soccer revolution in America

OPINION: Americans' interest in "futbol" was meager at best until the Brazilian soccer legend came to town to help resuscitate a fledging soccer league.

Here in the United States, we were slow to truly comprehend the scope and stature of Edson Arantes do Nascimento, the international superstar famously known as Pelé.

It’s really no one’s fault. We’re just not wired like the rest of the world, where soccer reigns supreme and unrivaled as the most popular sport. America simply doesn’t follow “futbol” with the passion found elsewhere on the globe; we reserve that level of fervent affection for football. 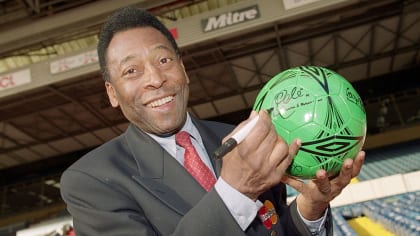 Pelé, who died Thursday at age 82, was the planet’s most famous athlete long before coming to New York in 1975 to resuscitate a floundering pro league. He had already won three World Cup titles (still a record) with Brazil — the first in 1958 as a teen prodigy. He had already scored more than 1,200 goals with Santos, the Brazilian club team that toured like rock stars throughout the ‘60s. He had already been retired for a year — three if you count hanging ‘em up with the national team.

To fully grasp his worldwide impact as TV began to flourish and fans everywhere witnessed his magic without being present, watch the Netflix documentary, “Pelé” (2021). He became a legend at 17, the youngest player to score a World Cup goal (still a record). He quickly grew to become Brazil’s de facto ambassador, representing a nation that struggled with self-regard and lacked respect from other countries. Emerging technology gave him a global appeal unlike any footballer before him. 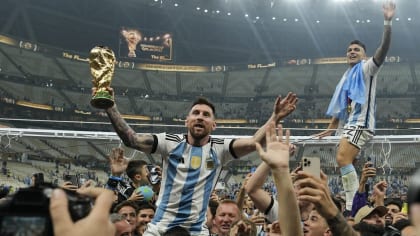 His power as a player and public figure peaked at the 1970 World Cup in Mexico, the first to be shown in color around the world. “A huge part of the mythology is that yellow shirt under the Mexican sun,” co-director Ben Nicholas told GQ. “You take that away, and suddenly it’s a bit weaker.”

Instead, his legacy couldn’t be any stronger.

Brazilian-based foreign correspondent Andrew Downie said Pelé gave the nation a brand. “Most people could not find Brazil on a map in the 1950s,” Downie told Anadolu Agency. But “especially after 1970, the whole world knows Brazil and identifies it as the true home of football.” And Pelé was the unstoppable truth, capable of doing everything on the pitch. “Head, shoot, pass, dribble, tackle, score with both feet, chest the ball,” Downie said. “He was a leader, he had vision and power and speed and strength. No one else since has had the same range of talents. He was the greatest.”

Soccer-loving immigrants in the U.S. followed along, and those of darker hues related to the reaction Pelé received at his first World Cup. He said a young Swedish girl kept rubbing his skin and looking at her hand in disbelief, trying to see if the teenager’s color would come off. But mainstream America wasn’t paying much attention, not to soccer or the diehard enthusiasts who anointed Pelé king. He was just another Black man in a Latin American country where a U.S.-supported coup led to two decades of a brutal dictatorship.

If white America had bothered to care, it would’ve loved Pelé’s approach to politics. While a repressive regime was killing and/or torturing hundreds of Brazilians, the nation’s biggest celebrity never spoke out. The documentary includes a scene where Pelé hugs and grins with ruthless president Emílio Garrastazu Médici ahead of the 1970 World Cup. Former teammate Paulo Cézar Lima has accused Pelé of selling out, calling him “a Black person who was submissive, accepts everything, and doesn’t answer back, question, or judge.”

A Pelé defender said the dictatorship pressured Pelé into playing at the 1970 World Cup and investigated him for signs of being a leftist sympathizer. Journalist Juca Kfouri pointed out a difference between the footballer’s complacency and Muhammad Ali’s militancy: Ali risked prison for being a rebel, while Pelé risked state-sanctioned abuse. Raised poor with little formal education, he was 23 when the junta took power in 1964. Once he reached stardom, go-along-to-get along was the easiest and safest path.

Activist or not, Pelé’s place on the pitch was undeniable for Americans who noticed. Except that was a small number. Much like soccer itself, Pelé was barely an afterthought on these shores in 1970. Yes, the U.S. had produced the “greatest sporting upset of all time” when it shocked England at the 1950 World Cup. But it couldn’t produce more than a smattering of amateur teams and semi-professional leagues that played before sparse crowds on sub-optimal fields.

One such operation was the North American Soccer League, formed in 1968 and clinging to life until commissioner Phil Woosnam and New York Cosmos threw a Hail Mary. “We were trying to keep the whole thing alive and making it grow,” Toye told The Guardian. “We decided there were two things that were needed in this country to transform the whole issue. One was the World Cup and the other was Pelé. He was the only player anyone in this country ever heard of.”

Everything changed once they nagged so persistently that Pelé finally relented in 1975, signing a three-year, $2.8 million contract that made him the world’s highest-paid athlete.

Cosmos owner Steve Ross, founder of Warner Communications, was intimately familiar with high-wattage star power. His company’s stable included Barbra Streisand, Ray Charles and the Rolling Stones. He knew Pelé was akin to royalty and that America would respond in predictable fashion. Media flocked to the announcement at Manhattan’s legendary 21 Club. Ten million viewers watched Pelé’s debut on CBS, and Cosmos attendance tripled to over 40,000 fans per game. Generations before social media made such coverage easier, Pelé’s every move was followed and chronicled in the New York City tabloids and the international press.

More than 77,000 fans — Muhammad Ali and Henry Kissinger included — packed Giants Stadium in 1977 for his final Cosmos match. He addressed the crowd before play began: “Love is more important than what we can take in life,” he said.

But love couldn’t keep the NASL afloat seven years later when it folded, crippled by declining attendance and the exorbitant salaries for international stars who followed Pelé to America. “There was no business model,” Cosmos goalie Shep Messing told These Football Times. “After Pelé retired, the tent just kind of folded. We were like Studio 54. For a moment everybody wanted us, and then they were on to something else.” 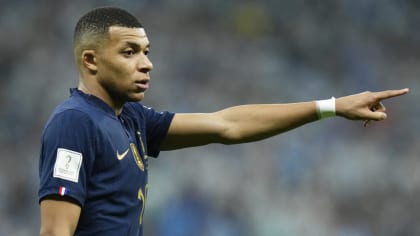 Also Read:
World Cup highlighted the best and worst, on and off the field

But he planted seeds that led to America hosting the World Cup in 1994 and Major League Soccer starting play in 1996. MLS recently signed new media deals with Apple and Fox Sports. The league averages about 22,000 fans per game and will expand to 29 teams next year. The 2026 World Cup will take place at 11 sites in the U.S., three in Mexico and two in Canada. American women have dominated, winning the last two World Cups and the last three Olympic gold medals. Their World Cup takes place in 2023.

Would all of that be possible if Pelé hadn’t come? Doubtful. “He put soccer on the map here without even stepping on the field,” former Cosmos captain Werner Roth told Planet Football. “His signing got worldwide attention.”

Americans were late to the party, for sure.

But we eventually joined the rest of humanity in knowing who Pelé was and what he represented.