De La Soul’s early albums hitting streaming services is a huge win for hip-hop … and me, myself and I couldn’t be happier about it

OPINION: The Long Island trio’s first six albums are set to hit streaming services in March, filling a void missing from every single ’90s playlist you’ve ever made.

There’s nothing more frustrating than wanting to hear a song and being unable to find it on streaming services. When Aaliyah’s unavailable catalog finally hit streaming services — releasing classic albums like “One in A Million” and her self-titled third album “Aaliyah” to the masses — it felt like a tremendous win for music fans everywhere. Granted, I’d wager most folks waiting for Aaliyah’s catalog to be fully available probably own physical copies of her albums — I definitely do — but at some point, I packed all of those CDs away in boxes; my phone and Apple Music, Spotify, etc. became my entryway into all of the music I want to hear, and if it’s not there, I would just move on to something else.

Such was the case with my long-held favorite album (regardless of genre) of all time, De La Soul’s 1991 classic album, “De La Soul is Dead.” Over time, when I’d want to hear the album and couldn’t, I’d move on to A Tribe Called Quest’s “Midnight Marauders,” eventually pushing that album to the top of my “favorite album of all time” list. Eventually, I just found a digital copy of the album and added it to my phone; “De La Soul is Dead” was such a part of my hip-hop identity that I struggled to live in a world where the album that made me truly fall in love with hip-hop wasn’t something I had in ears reach at all times. And I’m guessing that’s been the case, much like with fans of Aaliyah, for most fans of De La Soul’s catalog; the physical and digital copies have held us over until now…or soon. 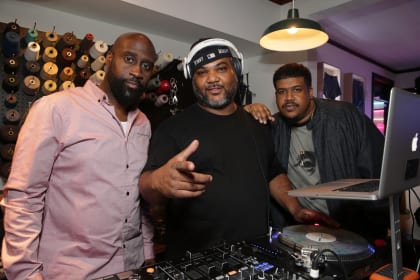 While physical copies are wonderful, streaming services make it significantly easier to share the music in ways that elevate the music and albums. There’s something about talking to a person about an album and then sending them an easy link to go check out what you’re talking about, especially when discussing individual songs. Sure, I could send a YouTube link, but this way, the actual group should be receiving some financial boost from it, no matter how small.

Plus, given the years-long battle that De La Soul has undergone to finally get to this point, it feels like a substantial win for hip-hop. De La Soul is a group whose catalog features actual, indisputable classic records. While “3 Feet High and Rising” is easily one of the most recognizable albums of the ’90s, the album is on almost every list of important albums from the ’90s for a litany of reasons, ranging from its creativity and its uniqueness in the early hip-hop landscape to its legendary cover art and the space it occupied between political and gangster rap. But also, the album’s success and the identity issue it caused for the group helped their sophomore album, “De La Soul is Dead,” earn 5 Mics from the hip-hop Bible, The Source, back when that mattered. 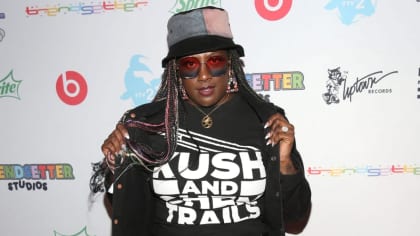 But largely, the reason I care the most is about the legacy of the group. Sure, De La Soul’s legacy is intact; the group is still able to tour and make money, something that speaks to both how good their albums were and how revered they were as a group in the early ’90s. There are tons of artists for whom nobody cares to see live from back then. But music on streaming services allows people who might not otherwise listen to the music to find it; the algorithms introduce me to new music all of the time.

And let’s be real: The ’90s remains a supremely popular era for fashion, art, music and film. I threw a ’90s party in Washington, D.C., for 10 years called “Reminisce” because the demand existed. I always look for ’90s playlists on Spotify, and I would imagine that the algorithms will now pull in songs from De La Soul’s early catalog that might introduce new generations to the music.  That’s how you keep music alive; ensuring future folks who don’t even know about it have the ability to find and learn. I spend a considerable amount of time both searching for and curating ’90s playlists on streaming platforms, and there’s always been a void — “A Roller Skating Jam Named ‘Saturdays’” featuring Q-Tip and Vinia Mojica belongs on EVERY SINGLE LIST OF ’90S ANYTHING EVER. Your playlists have been lacking; now that can be rectified.

And selfishly, I just want everybody to have the chance to listen to “De La Soul is Dead” with ease. That album did so much for me in my life that I’m glad it’s going to be out there to be discovered and enjoyed. No single album has meant as much to me as that one to my personal musical journey in life, and I’m glad folks who won’t spend too much money to buy it over and over won’t have to. Selfish, I know, but anything that special needs to be heard, or have the ability to be heard, by everybody.

How this release impacts De La Soul’s legacy, well, only time will tell. Perhaps it doesn’t change anything short of the ways more people can engage with their music. But I can’t help but feel like this is a big deal for people like me, myself and I, for music and for hip-hop’s golden era. And for De La Soul obviously, as it concludes a public journey they’ve been on to add their landmark albums to streaming services.

Now, if we could just get Letoya Luckett’s first album, “LeToya” and Teairra Mari’s single “Sponsor” added, I’d be set.