President Biden's Jan. 15 visit to Ebenezer Baptist Church comes on the eve of Martin Luther King Day and what would have been the civil rights icon's 94th birthday.

Warnock serves as senior pastor of Ebenezer Baptist Church, where the Rev. Dr. Martin Luther King Jr. also served as preacher from 1960 until his death. As reported by Bloomberg, Warnock defeated former NFL star Herschel Walker in December, in Georgia’s Senate runoff election, solidifying Democratic control of the Senate until at least 2024.

Biden’s Jan. 15 visit will come on the day King was born in 1929; MLK Day commemorates the birthday of the inspirational Black activist-icon, who would have turned 94 this year.

As noted by The Jerusalem Post, King’s funeral was also held at Ebenezer Baptist following his assassination on April 4, 1968, in Memphis, Tennessee.

The church has a long history of civil rights activity. Over the years, several United States presidents and other influential U.S. leaders have made the journey there. 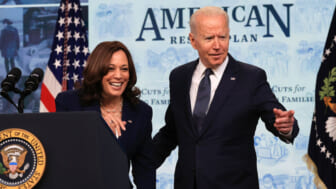 According to Bloomberg, the subject of the president’s speech was not made clear in the White House’s announcement Sunday.