While most Black Americans focus on the structural issues, the rest of the country sees it a bit differently.

While Black people say that structural racism is worse for them, other groups are more focused on the attention-grabbing, viral Karen moments, according to a recent study.

The survey, done by the Pew Research Center, revealed that more than half of Black U.S. citizens find structural racism (or discrimination in U.S. laws) as a bigger issue more detrimental than the incessant, one-off racist incidents that happen between people.

According to the study, examples of areas in need of an “institutional overhaul” include policing, health care, prisons, politics, the courts and housing. These large-scale, systemic issues have garnered more attention since the racial reckoning of 2020, but the country struggles to address them.

In Massachusetts, a recent state-commissioned report exposed structural racism in the state’s prisons and jails, including corrections policies, treatment of incarcerated persons of color and access to education, health care and treatment for those in prison or jail.

And last year, the Minnesota Department of Human Rights released a report that found “probable cause” that racial discrimination exists in the city’s police department, as evidenced by disparities in how officers stop, search and arrest citizens. The report also stated that officers use disrespectful and racist language, specifically toward Black civilians. 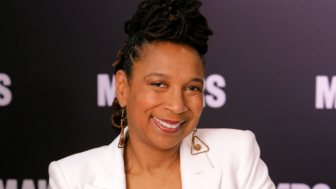 The instances that involve individual racist incidents catch a lot of visceral public outcry. For example, a white student at the University of Kentucky was permanently banned by the school last year after she spewed racist comments and assaulted a Black student. A video of the incident spread widely across social media.

But then there are the more below-the-radar individual incidents. In New Hampshire, two parents demanded action after someone carved death threats against their son on a bathroom wall. Sharon and Eric Houle felt the school district took little action in response to the threats. “That’s a scary thing that there’s people in my own town that want to kill my kids,” Sharon Houle told The Portsmouth Herald.

The Pew survey noted that many Black adults think “institutional overhauls are necessary to ensure fair treatment.” In the case of policing, for example, the prejudiced actions that some police officers exhibit are often the result of cultural issues in their respective departments, according to a study by the National Conference of State Legislatures. Racial incidents across the board are important to stamp out, especially given that some of the growing individual occurrences stem from more systemic issues.