ALthough the drawing is set for 11 p.m., it usually takes a couple hours before it's clear if there is a winner.

Regardless of how long it takes, the odds of winning the top lottery prize don’t change, and they’re formidable at 1 in 302.6 million. But someone will eventually match all six numbers and win the jackpot, which now ranks as the fifth-largest in U.S. history. 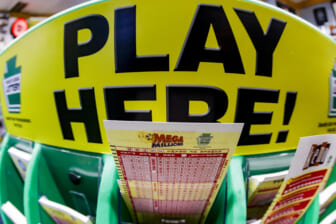 The drawing is set for 11 p.m. EST but it usually takes a couple hours before it’s clear if there is a winner.

The $1.1 billion prize is for a winner who chooses to be paid through an annuity with 30 payments over 29 years. Winners usually prefer cash, which for Tuesday night’s drawing would be an estimated $568.7 million.

Mega Millions is played in 45 states as well as Washington, D.C., and the U.S. Virgin Islands.