Half of America’s states sanction carrying a gun in public without first securing a license; the data suggests it could be a huge burden for the Black community.

Just the suspicion of being armed can get a Black man killed.

Alabama is the latest state to allow permitless carry of a firearm, which includes both concealed and open carry. The law went into effect on the first of the year, but gun violence experts harbor concerns about what that means for Black men often perceived as threatening, even when unarmed.

“We just need to be very prepared for the negative ramifications of what’s going to happen in terms of policing. We need to be prepared in terms of how we engage with the police,” says Joseph Richardson, a professor at the University of Maryland and gun violence researcher. “There are definitely going to be situations where Black citizens are innocently carrying a firearm and they’re stopped by the police.”

Additionally, lethal risks increase with the presence of more guns on streets in the absence of required licenses limiting who gets to arm themselves.

“The key here is that these are people who have guns and don’t have any training,” says Brenda Goss Andrews, the former deputy chief of police in Detroit and the president of the National Organization of Black Law Enforcement Executives. “Can you imagine being an officer and responding to something and everyone pulls out a gun? This is a real crisis here and a threat to everyone, including law enforcement in the field.”

Most states with permitless carry laws are in the South and the Midwest, with a few more in the Northwest and Northeast. These measures pass at the state level as a result of mobilization from gun rights advocacy groups in the past decade. 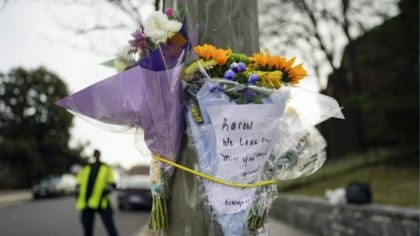 “This is where the gun rights movement has been most effective,” says Adam Winkler, a law professor at UCLA who specializes in gun policy. “There’s a lot of talk about the Second Amendment, but the Second Amendment hasn’t played that important of a role in this movement. It’s mostly at the state level through legislation.”

Just on the surface level, gun policy experts call these laws dangerous because they take away the licensing process and background checks that make sure someone is legally allowed to carry a firearm. While licensing requirements vary from state to state, most require passing a criminal background check and a mental health evaluation. With permitless carry, those requirements no longer exist.

Also, people who don’t have any real qualifications to have a gun are often unsure of the legal restrictions that are in place for where they can and can’t carry a gun.

With more legal guns on the streets, crime researchers say the possibility of shootings multiplies.

“When you have more people carrying guns in public, you have more shootings. We know that from empirical research,” says David Pucino, the deputy chief counsel at the Giffords Law Center to Prevent Gun Violence. “In places that have recently enacted these laws, we’re seeing law enforcement reporting greater shootings.” Texas recently passed a permitless carry law, and police there believe it’s led to an increase in shootings.

The U.S. continues to struggle with gun violence. Although the numbers have started to drop, since 2020, the country has experienced a significant surge in shootings and firearm killings,  According to the Centers for Disease Control and Prevention (CDC) there were 14,392 firearm homicides in 2019; the number increased to 19,383 in 2020 and 20,966 in 2021.

The CDC does not have 2022 numbers yet, but the Gun Violence Archive, a nonprofit that tracks gun violence statistics in real-time, estimates that there were 20,159 deaths as a result of gun violence last year, excluding suicides. The Black community has the highest rate of gun deaths in the country per 100,000 people at 20, according to the CDC. 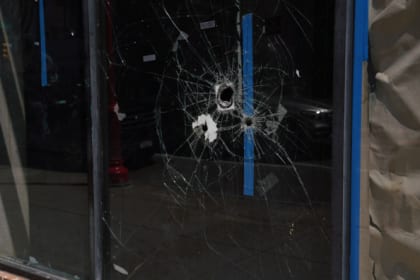 Also Read:
Issues with a violence-intervention program in Philadelphia highlight the hurdles for sustainable violence-prevention work

As Richardson points out though, the issue is a double-edged sword. “It becomes a cyclical argument because if I’m living in an area where the police are not responding to my needs and my neighborhood has a higher rate of gun violence, I’m going to arm myself,” he says. “Even though we know statistically carrying a gun is not going to save your life, but psychologically it makes people feel better.”

For example, Birmingham, Alabama, just recorded its highest number of homicides in 31 years, many of which were the result of gun violence. Now that citizens in Alabama (which is 68% Black) can get a gun without a permit, law-abiding residents may feel compelled to have a gun on them when they’re out on the streets, which experts say could exacerbate the problem that already exists.

While the push from the gun lobby to add permitless carry laws has been effective in the past 10 years, gun policy experts say lawmakers and policymakers who are serious about addressing gun violence need to pursue and strengthen gun licensing laws.

“Too many states are going in the wrong direction,” says Pucino, a gun policy expert for the nonprofit Giffords. “Strong licensing laws are one of the most proven ways to reduce gun violence.”