The unusual weather in Atlanta last month had a negative effect on Patchwork City Farms and their crops.

TV personality and urban farmer Jamila Norman has shared that 90% of her Patchwork City Farms was “decimated” due to a winter storm hitting Atlanta.

The host of the Magnolia Network’s “Homegrown” on HBO Max took to her social media accounts on Wednesday to share the devastating news with her followers. “The polar storm that came through Atlanta has decimated 90% of Patchwork City Farms’ crops,” the post reads. “Because of this, we will not be at Market, and the online Farm shop will be closed for a while.”

The post also details that while they are, “absolutely devastated,” they are, “currently working overtime with our team to replant crops and could use your help to get the Farm back up and running.”

Patchwork City Farms is an independently owned urban farm right in Atlanta, per the official website. With a focus on Certified Naturally Grown produce that is safe and nutritious, the farm consists of “vegetables, fruits, herbs and flowers.”

Most of the United States was hit with abnormally arctic temperatures that descended during the holiday season last month, theGrio previously reported. The weather was so dangerously cold last month that Gov. Brian Kemp declared a state of emergency for the area. 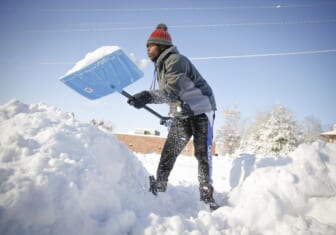 Also Read:
Arctic air will blast much of US just before Christmas

The end of the post contains ways that people can help Patchwork City Farms rebuild and get back to normal, including donating here, and commenting and sharing the post across social media platforms.

“Every little bit counts, and we really appreciate you,” the caption concludes. “Thank you so much for supporting Patchwork City Farms!”