Catch all-new episodes of “The Hill with April Ryan” every Thursday on theGrio.com and theGrio’s social media platforms.

On the latest episode of “The Hill with April Ryan,” host and theGrio’s White House Correspondent April D. Ryan breaks down the latest in the discovery of classified documents from President Joe Biden’s time as vice president, whether the Department of Justice will indict former President Donald Trump for inciting the Jan. 6 insurrection, the far-right uprising in Brazil and Martin Luther King Jr.’s legacy.

Ryan opened the show with Biden coming under fire after classified documents from his time as vice president in the Obama administration were discovered in his personal office located at the Penn Biden Center for Diplomacy and Global Engagement and in his Delaware home.

During an interview, Scott told her that at this time, “there’s no indication that President Biden knew [the documents] were there.”

“As soon as they were discovered, they were turned over to the proper authorities. Now, this is in stark contrast to the situation with President Trump. Not only does it appear that he knew the documents were there and bragged about it, but when asked to return them, he refused,” he said. 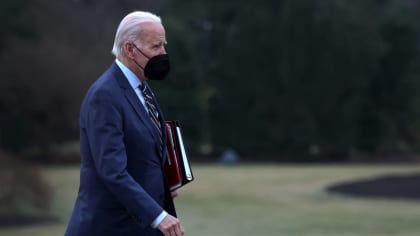 Schmoke also joined the conversation about Biden’s classified documents and told Ryan he believes Biden is presented with a “big political problem.”

“I think the situation that the president now faces is twofold, but I think it’s a much smaller legal problem than it is a political problem,” he warned.

He continued, “You’ve got a group of people in the House of Representatives who already were interested in exploring impeaching him…so I think that President Biden faces a big political problem in the House.”

Catch an all-new episodes of “The Hill with April Ryan” every Thursday on theGrio.com and theGrio’s social media platforms.