The Grammy-winning producer was making nearly $10 million a year from the assets of his catalog.

Dr. Dre is selling off assets of his music catalog to Universal Music and Shamrock Holdings. The deal reportedly could be worth as much as $250 million.

Negotiations have been ongoing through Dre’s longtime attorney Peter Paterno of King, Holmes, Paterno & Soriano, according to Variety. Dre’s assets will be split between the two companies as part of two separate transactions.

Universal Music will receive the remaining 10% to 25% of Dre’s catalog assets. This includes his share of an Aftermath/Interscope joint venture with Top Dawg Entertainment and Kendrick Lamar’s recordings under that deal and the master recording of his solo debut, “The Chronic.”

Details of the final price have not been finalized, but Dre will reportedly receive a payday of more than $200 million, but likely below the $250 million asking price. The music catalog assets have been generating nearly $10 million a year.

Dre has produced several hit records for numerous artists during his career. He’s responsible for songs like Mary J. Blige’s “Family Affair,” Eve’s “Let Me Blow Your Mind” and 50 Cent’s “In Da Club.” 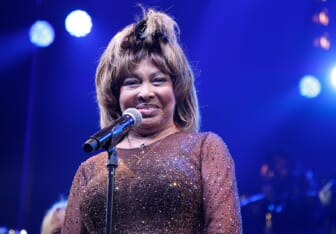 “The Chronic” masters are scheduled to revert to Dre from Death Row Entertainment, which Snoop Dogg purchased in 2022. Dre will retain an ownership stake in Aftermath Records.