La June Montgomery Tabron, the W.K. Kellogg Foundation's CEO and president, spoke to theGrio about the National Day of Racial Healing, which comes one day after MLK Day.

A National Day of Racial Healing, created by the W.K. Kellogg Foundation, is set to bring “people together to allow them to build trusting relationships and bridge divides,” according to La June Montgomery Tabron, the foundation’s president and CEO. Tabron is also the first Black person to lead the storied organization.

The day of healing takes place on Tuesday, Jan. 17, one day after Martin Luther King Jr. Day, but it is not the first equitable initiative from the foundation.

Under Tabron’s leadership, the foundation distributed $80 million in grants to organizations which aim to improve equity “for children, families, and communities around the world,” according to a statement from the foundation. W.K. Kellogg Foundation also started an “Expanding Equity” initiative in 2020 to advance racial equity in the corporate sector.

On Tuesday, MSNBC and the Spanish-language network Telemundo will broadcast live town halls to introduce racial healing to a wider audience.

TheGrio spoke to Tabron about the racial healing initiative, the divisive political culture wars narrative, and the positive discussions happening in communities across the county. The conversation has been edited for brevity and clarity. 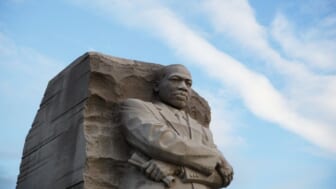 What is the National Day of Racial Healing?

It’s an annual observance that the W.K. Kellogg Foundation created to honor Martin Luther King and his vision. We know that people are inspired by Dr. King’s words and his vision. We wanted to support people’s actions and help create communities that live up to his ideals.

How does racial healing connect to racial equity?

Healing is how you get to equity. Healing is the process of bringing people together, creating a space for dialogue and connection where people can relate to one another.

Is healing, in some ways, people understanding each other and their differences?

It’s connecting at a human level and seeing commonalities. We’ve all been hurt and impacted by racism. Healing is also acting and transforming systems and places, to heal ourselves from the pain of racism that we all still carry with us.

What do you mean when you say we’ve all been hurt by racism?

We’ve explained it in economic terms. We commissioned a study, so we know that if we were to provide full opportunities for every person in America and allow them to pursue their dreams of participating in the economic engine of the country, that by 2050, we would add another $8 trillion to the national economy. So, when we prevent people from pursuing opportunities, we actually impact the economy at large so everyone suffers.

When people hear equity and inclusion, they often default to Black and Brown people and the political culture wars meant to divide. How do you combat that?

You change the narrative. We believe that’s a narrative built on fear. Part of what we’re doing with the National Day of Racial Healing is not only giving people the practices and the tools so they can do this work, because we know that people want to do it, but we are changing that narrative because the narrative serves the divide.

What is the national narrative?

Us versus them. It’s one of fear. Protect your territory. I think what we’re seeing on the ground is the narrative of “us,” of collective action. The narrative that this isn’t a zero-sum game, that we lift all of us when we lift the least of us.

Exactly. Our foundation is founded on the belief that every person has the capacity to improve their own life. Our work is an expression of that. It’s how we know that engaging people at the community level will really make significant strides. 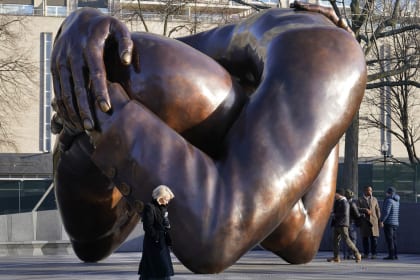 How does bridging the divide work best?

I’m sure you’ve had challenges along the way.

Absolutely. To get to transformation, not everybody has to be a part of it. We learned that, particularly after George Floyd. People now acknowledge that racism exists, which is progress. People say they want to do something about it, but they don’t know how or what. So, we believe there is some space now for that transformation. It’s not 100%, but it’s enough to bring people together in communities. Eventually, we want this to be a daily practice where people engage and do this work together.

More about the National Day of Racial healing

The group’s website contains additional information on events happening around the country. The site also includes tools for those who want to host an event or conversation. You can also see its 14-part digital series, Changing the Narrative, which explores advancing racial equity through racial healing.