Activists say they are increasingly concerned about oil and gas representatives thwarting the conference, where countries try and agree on ways to cut planet-warming activities

MOMBASA, Kenya (AP) — Climate activists in Africa are expressing anger toward the United Nations climate agency, accusing it of allowing corporations and individuals with dubious climate credentials to greenwash their polluting activities by participating in its annual climate conference.

The criticism follows Thursday’s announcement that oil executive Sultan al-Jaber will lead the next round of U.N. climate talks, which will be held in the United Arab Emirates beginning in late November. The Pan African Climate Justice Alliance termed the move as the “lowest moment” for the U.N. agency. The U.N.’s climate body hasn’t commented on the appointment.

Activists say they are increasingly concerned about oil and gas representatives thwarting the conference, where countries try and agree on ways to cut planet-warming activities. An analysis of the provisional list of last year’s conference participants found 636 people linked to fossil fuel companies were set to attend, a 25% increase from 2021.

Campaign groups on the continent are calling on blocs of climate vulnerable nations to reject any move by the UAE that gives fossil fuel actors control of global climate discussions.

“This is the textbook definition of impunity and conflict of interest,” Mithika Mwenda, PACJA’s executive director said in statement Monday on al-Jaber, where he also called for the president-designate to step down. “It is hard to see al-Jaber leading objective, science-backed negotiations in the interest of the most vulnerable.” 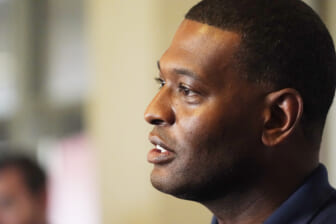 Mwenda added that he feared the talks would be taken over “by vicious fossil companies whose ill-intentions are to derail the transition” to clean energy.

Memory Kachambwa, the executive director of the African Women Development and Communication Network called al-Jaber’s appointment “an insult to the collective wisdom of everyone committed to addressing the climate crisis.”

Several other climate and environmental groups have expressed concern over the announcement while others welcomed the move. On Sunday, U.S. climate envoy John Kerry told The Associated Press that al-Jaber was a “terrific choice” for the role as he understands the need to transition to clean energy.

Activists have also raised concerns about the lack of climate cash being delivered to the continent. Campaigners note that while fossil fuel subsidies and investments in oil and gas are growing in Africa, funding for adapting to climate change and transitioning to renewable energy is still lacking.

Last year, nations agreed that countries vulnerable to climate change should receive money from developed countries who are most responsible for burning up the planet. The details of the fund are being worked out this year. 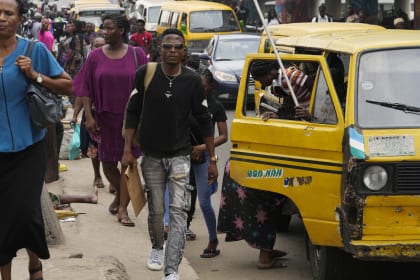 African climate activists have ramped up their criticism of industrialized nations and multilateral development banks in the last eight months for their funding of fossil fuels, which campaigners say undermines the 2015 Paris Agreement to limit global warming to 1.5 degrees Celsius (2.7 degrees Fahrenheit) since pre-industrial times.

The International Monetary Fund revealed that subsidies for dirty fuels had reached $5.9 trillion globally by 2020. Fossil fuels investments in Africa continue to outstrip renewables and jumped from $3.4 billion in 2020 to $5.1 billion in 2022, according to environmental group Urgewald.

Meanwhile, several climate funding promises, such a $100 billion-a-year pledge to developing countries to help them tackle climate change, have been repeatedly missed.

The International Energy Agency found that Africa’s renewable energy investments need to be doubled if it’s to meet its climate targets. Africa is home to 60% of the world’s solar resources but only 1% of global installed solar power capacity, the agency reported.