It’s official, the 2023 Met Gala dress code and co-chairs have been announced

Paying homage to the legacy of legendary fashion designer Karl Lagerfeld, the year's theme is "In honor of Karl."

And just like that, the countdown to the 2023 Met Gala begins. Considered one of the biggest nights in fashion, this year’s Met Gala will take place on May 1 with an exhibition honoring the late fashion designer Karl Lagerfeld.

Recognizing Lagerfeld’s legacy and impact on the industry, the Costume Institute named the exhibit “Karl Lagerfeld: A Line of Beauty.” The 2023 dress code is “in honor of Karl,” Vogue reports.

This year, Michaela Coel, Penélope Cruz, Roger Federer, Dua Lipa and Anna Wintour are the gala’s official co-chairs. Coming as they do from different pockets of entertainment, they will garner a lot of attention as they collectively host this year’s gala.

Regarding the exhibit, the Metropolitan Museum of Art Costume Institute’s Wendy Yu, Curator in Charge Andrew Bolton and Creative Consultant Amanda Harlech — who worked closely with Lagerfeld — are collaborating to showcase 150 original looks from the designer’s prodigious catalog.

In exploring Lagerfeld’s legendary career, “Karl Lagerfeld: A Line of Beauty” pieces will range from 1950 to 2019. Showcasing the designer’s sketches alongside the clothing, the exhibit will outline Lagerfeld’s creative journey and impact on major fashion houses like Fendi, Chanel, Chloé, Balmain and Patou.

“He would sketch everything,” Bolton told Vogue. “In many ways, it was his primary form of communication, whether he was delivering them by fax machine or iPhone. So at its heart, the exhibition will look at the evolution of Karl’s two-dimensional drawings into three-dimensional garments.” 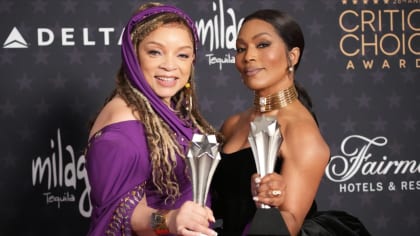 Also Read:
Gratitude and glamour set the tone at the 2023 Critics Choice Awards

The Met Gala exhibitions are always iconic, but the red carpet is the most anticipated moment of the evening. Like Lagerfeld — who believed “fashion belongs on the street, on women’s bodies, on men’s bodies” — fashion-lovers worldwide will eagerly watch the red carpet for glimpses of the attendees’ looks.

This year’s guest list, however, may look slightly different because of the Lagerfeld theme. Many have conflicted feelings about highlighting the legendary and controversial talent. He had a history of making controversial statements and was criticized for using blackface and for islamophobia, fatphobia and other offenses. 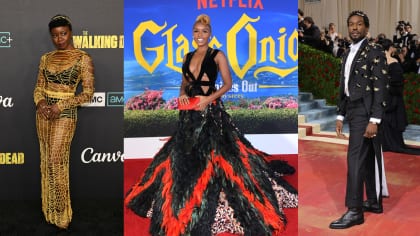 So far, neither The Met nor Vogue has addressed the potential for controversy. However, with the official announcement of the dress code, it remains to be seen whether anyone will opt out of this year’s fashion extravaganza.