Carthon will be the first minority general manager for the original American Football League franchise founded in 1960 in Houston.

The search committee headed by controlling owner Amy Adams Strunk picked Carthon, whose first interview was last Friday, according to the person who spoke to The Associated Press on condition of anonymity because the Titans have not commented on the hiring.

Carthon will be the first minority general manager for the original American Football League franchise founded in 1960 in Houston. He also will be the sixth minority among the past eight GMs hired in the NFL, which has held two programs since late May to promote more minority candidates for front office jobs.

The 49ers will host Dallas on Sunday night in the NFC divisional round after earning the No. 2 seed. 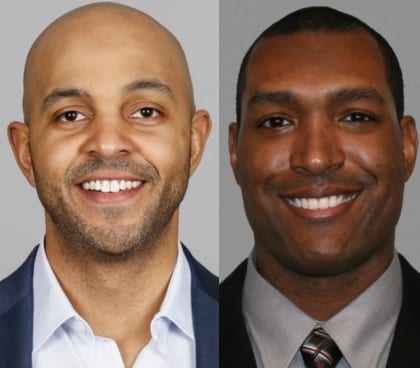 Carthon joined the Niners as pro personnel director in 2017 and has been director of player personnel the past two years. Carthon also interviewed last year for GM jobs with Chicago and the Giants.

He was a pro scout with Atlanta between 2008-11. He played three years in the NFL as an undrafted rookie with Indianapolis between 2004-06. He played running back in college at Florida. His father, Maurice, both played in the NFL and coached with seven teams.

Boyd was the seventh different candidate to interview with the Titans since Jan. 12 to replace Jon Robinson who was fired Dec. 6. Arizona hired Monti Ossenfort, the Titans’ director of player personnel who also interviewed for the Tennessee GM job, as the Cardinals’ new general manager Monday.