Terquavion Smith took a hard foul on Saturday, inuring his neck and arm

RALEIGH, N.C. (AP) — North Carolina State guard Terquavion Smith is day-to-day after a scary fall led to him being wheeled off the court on a stretcher in Saturday’s loss at North Carolina, the school said Sunday.

Smith reported neck and elbow pain as well as numbness in his right arm after being fouled on a drive by UNC’s Leaky Black, who was ejected for a Flagrant Two foul, the school said.

Medical personnel used the backboard and stretcher due to his report of neck pain, though X-rays at the UNC Medical Center were negative for any fractures. 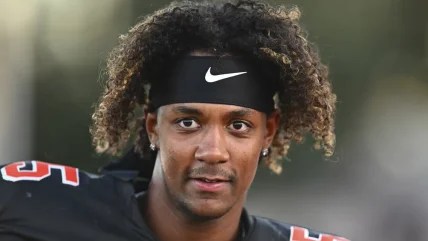 Smith was released from the hospital and returned to Raleigh.

Smith leads the Atlantic Coast Conference in scoring at 18.7 points per game.