Samson Mulugeta   |
Overhead view of the city of Addis Ababa, Ethiopia, showing mountains in the distance. (Photo by Viviane Moos/Corbis via Getty Images)

As the debate on critical race theory rages in the United States, one piece of Black history remains relatively unexamined in the canon of global Black history — the improbable success of the East African nation of Ethiopia to never bend the knee to Western colonialism.

It is a rich, fascinating subject, doubly so for me as an Ethiopian-American journalist whose personal and family history is intertwined with these two countries and cultures. 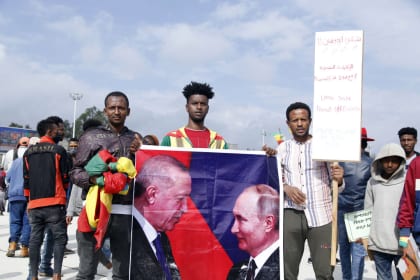 But somehow, citing the basic, remarkable details of how Ethiopia managed for centuries to avoid the bloodthirsty imperialism that saw the continent brutalized during “the Scramble for Africa” did not feel like the most accessible way to start.

Instead, I wanted to begin with how the minds of most Ethiopians are largely untainted by white supremacy, and how some of those who emigrate to Western countries often achieve success and assimilation because they’re simply not comprehending the naked racism and just simply shrug it off and deal with everyone like the world was truly color-blind — a ridiculous concept in the face of it.

But it works! It takes a seriously virulent racist to be able to overcome someone who couldn’t understand their racism and just casually treated them like everyone else. Mind you, this uncomprehending attitude toward racism wouldn’t have worked during slavery or Jim Crow or apartheid.

Ethiopia is one of the few nations in Africa or Asia that has escaped what philosopher Franz Fanon calls racial identity as a product of the colonial experience that is shaped by the power dynamics between colonizers and colonized people.

Fanon argued that colonialism creates a system of oppression that leads to internalized racism and self-hatred among colonized people and that the process of decolonization is necessary for the psychological liberation of colonized individuals and communities.

Another psychological damage that Ethiopians have also escaped is W.E.B Du Bois’ concept of the “white gaze.” He was referring to the way in which Black people are seen and understood through the perspective of white people.

Du Bois argued that this white gaze creates a “double consciousness” for Black people, where they are forced to view themselves through the eyes of white society and to constantly navigate the expectations imposed on them.

He believed that this double consciousness prevented Black people from fully realizing their own humanity and from achieving true equality in society. Du Bois also argued that the white gaze is a tool of oppression, used to justify and maintain the marginalization of Black people.

When I dug deep into my memory of strange race-related incidents after I arrived in Astoria, Queens, as a teenager, one finally emerged. There was one white kid named J.P. at my school who discovered I was from Africa and ran after me shouting “Buga, buga, buga!” whenever we passed in the corridors. I was so amused by his antics, I would laugh uproariously and high-fived him.

I assume now “buga buga” was what young J.P. thought the natives shouted as they danced around their African huts.

Clueless about African-American cultural markers, I fell in love with the New York Islanders hockey team and celebrated the glory days of Mike Bossy, Brian Trottier and Dennis Potvin, like most of the other kids at Long Island City High School.

Rocking to WNEW instead of R&B on WBLS, I obviously had not received the memo on “how to be a Black teenager” in New York City.

My only encounters with white people growing up in Addis Ababa were wonderful ones. There were Sisters Lutgarda and Ambrosia, the Maltese nuns of my elementary school, and Brother Michael Kennedy of the Catholic La Salle Brothers from Upstate New York from my Addis high school who taught us to swim, hike and love reading.

Of course, it should be self-evident that even if individuals within a society do not hold racist beliefs or engage in racist behavior, a society can still be systematically racist if its institutions and structures are designed in a way that disproportionately benefits one racial group over others.

At no point in my trajectory from a local reporter in New York to a foreign correspondent arriving in Baghdad to cover the Iraq war did it occur to me that my race was a barrier. I knew my chances of settling in Berlin or Moscow and reinventing myself as a German or Russian journalist were virtually nil, while in America, well, I did it.

But back to my former homeland and its unlikely history. For Ethiopia, location or geography was destiny. It sat at the crossroads of Africa, Asia and especially the Middle East, and had the good fortune of being one of the first nations in the world to adopt Christianity in 300 A.D., way before nations such as Britain became Christian.

Strangely enough, Ethiopia was a unique darling of the Muslim world without being one by offering sanctuary to the Prophet Muhammad’s family when he was being hunted across Arabia around 600 A.D. by his pagan enemies.

The Prophet’s edict that Ethiopia was the land of the just and not to make jihad on it kept Ethiopia an island of Christianity in a sea of Islam even as some Ethiopians such as Bilal rose to become the iconic first muezzin, or the voice that calls the faithful to prayer in Islam.

Protected from outsiders by majestically rugged mountain ranges, and desert borders such as the Danakil Depression, Ethiopia was shielded for millennia, creating its own unique written alphabet, food, architecture, music and art. 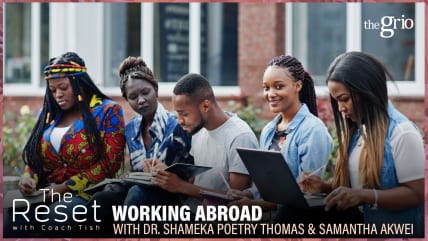 Also Read:
The Career of Return: What is it like to work abroad in Ghana?

Ethiopia thrived as a distinct culture, usually with one ruler, but just as often with many kings battling for supremacy for the mantle of emperor, interrupted occasionally by encounters with small groups or solo Europeans from Portugal, Spain, Italy, France and Britain.

The Ethiopians played the foreigners against each other to acquire weapons, sending delegations to Europe starting in the 13th century to cement relations as sovereign nations.

The Europeans’ attitude toward the Ethiopians was complex and contradictory considering that in other parts of Africa and Asia, they were treating the locals as inferiors to be used and brutalized to meet their colonial ambitions.

For Black people in the diaspora in the centuries starting from the 1800s, Ethiopia remained a beacon of hope that showed Black people had a history and culture to be proud of and could defend themselves against European armies, as Ethiopia demonstrated in 1896 when it defeated Italy’s army at the Battle of Adwa.

The Battle of Adwa shattered the notion of European invincibility and superiority, and it demonstrated that Africa could defend itself against colonial powers. It remains an important symbol of resistance and pride for Ethiopia and the African continent.

It marked the only time in history that an African nation defeated a European colonial power in a full-scale battle in modern times. It continues to be celebrated as a symbol of resistance against colonialism and a demonstration of the strength and resilience of the Ethiopian people, with a lasting impact on Ethiopia’s sovereignty.

South Africa’s African National Congress, the Abyssinian Baptist Church, Marcus Garvey’s Back to Africa movement and the Rastafarians of the Caribbean all lifted their eyes to Ethiopia as a symbol of a proud Black nation.

Emperor Haile Selassie, last of the Solomonic rulers, became an iconic figure on the world stage when he spoke at the League of Nations in the 1930s, urging fellow members to come to his nation’s aid as Italy led by fascist Benito Mussolini tried to occupy Ethiopia.

Bob Marley’s song “War” decades later was inspired by the emperor’s words. Marley was a Rastafarian, and he considered Haile Selassie, whose name before ascending the throne was Ras Teferi, as a spiritual leader and a symbol of resistance against oppression.

As Haile Selassie aged, he had become problematic for some educated Ethiopians as a symbol of an archaic monarchy and a feudal system that delayed Ethiopia’s modernization, leading to coup attempts to oust him, the first of which my own father participated in as a lieutenant in the Imperial Guard.

Though Haile Selasie’s reputation suffered after he was finally ousted in a 1974 army coup, he is now being rehabilitated by many Ethiopians as the symbol of the country’s glorious past. 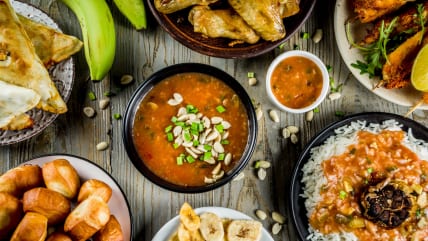 Also Read:
Have you tasted the transatlantic ties in African cuisine?

At the height of his power, Britain and Queen Elizabeth II had hosted Haile Selassie with full honors, President Kennedy greeted the emperor at the White House after he addressed a joint session of Congress. New Yorkers lined the streets to give him a ticker tape parade at a time of Jim Crow America.

Emperor Haile Selassie also met with civil rights leaders and members of the African-American community, which was significant as the civil rights movement was ongoing during that time.

Haile Selassie shepherded the creation of the Addis-based Organization of the African Unity, the precursor to the current African Union, of newly independent African states as they joined the family of nations starting in 1959 after centuries under the yoke of colonialism.